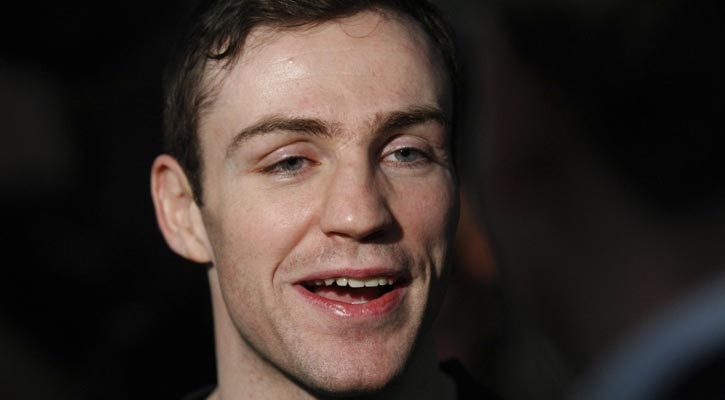 JAMIE MOORE, the former European boxing champion, was shot several times whilst out socialising in Marbella last month in the early hours of the morning. The shooting now appears to have been a case of mistaken identity.

The boxer-turned-trainer was working with UK boxer Matthew Macklin for a fight with Argentine Jorge Sebastian Heiland, which had been scheduled for August 30. However, after Moore was gunned down the fight was delayed.

On Saturday September 6, Marbella witnessed a second gangland-style shooting, this time the target was executed in broad daylight, in front of people enjoying lunch, shopping and going about their weekend business.

Irish gangster Gerald Kavanagh was shot multiple times whilst drinking at a bar in Marbella. The 44-year-old, from Crumlin, Ireland, and former Irish boxer, was known in the crime world as ‘The Hatchet’, and believed to have been involved in the drug world for more than 20 years.

The victim, thought to have strong links with the Irish underground, was approached by two masked men with their guns blazing. Kavanagh was hit at least nine times, and as he lay dying on the ground one of his assailants delivered a final head shot.

As details of Kavanagh’s shooting unfold, it is becoming apparent that the earlier attack on Jamie Moore may well have been a case of mistaken identity.

Both Saturday’s murder and last month’s attempted murder share a number of features which are unlikely to be purely coincidental. Both attacks took place in Marbella, on the Costa del Sol, and both involved targets belonging to the boxing community. Speculation is now circulating that Moore was shot by mistake, with the assailants thinking that he was Kavanagh.

Spanish authorities are currently sharing information and working with the Irish authorities. According to the Irish Times: “Gardaí and the Spanish police believe he was an innocent party, shot in a case of mistaken identity, and that Kavanagh was the intended target.”

Investigations are still under way as the story develops.

EWN says: The Irish Gardaí are said to be working closely with the Spanish authorities in this case, but surely more needs to be done to avoid further carnage and the retributive gangland slayings which will undoubtedly follow.

Politicians in the UK and Ireland often forget that large communities of British and Irish expats live here in the South of Spain and that we vote with our feet.

Do we really believe that the authorities in the UK and Ireland are doing everything they can to ensure that criminals who flee to the Costas are apprehended? It often feels like they breathe a sigh of relief and leave the Spanish authorities to deal with the problem.

If these criminals are allowed free rein along the Costas, it is surely only a matter of time before an innocent victim gets caught in the crossfire.

EWN urges politicians in both the Republic of Ireland and the UK to lend every support to the Spanish authorities, and to help them clamp down on these emerging gang wars before they get out of hand.