It’s enough to drive you crazy 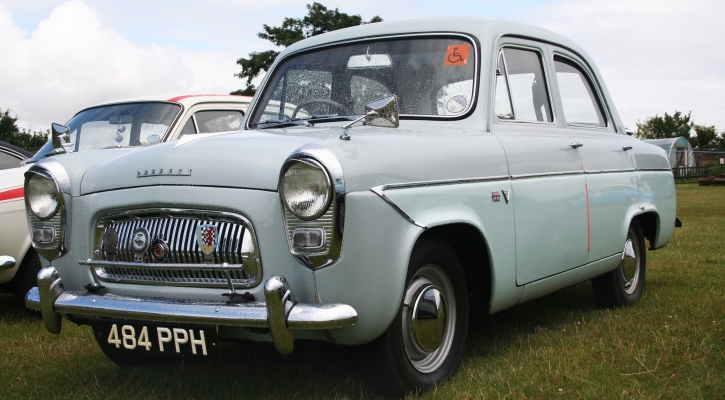 WHEN proudly you turn your first car’s ignition key you do much more than switch on the engine. This is the key, if not to the universe, as close as you get to it. Like your first romance your first car is never forgotten and one has mixed memories about the experience.

With trepidation in my heart and £50 in my damp fist I became the owner of an Isle of Man registered Ford Prefect. There was good reason why I kangaroo-jumped out of the car sales shop front doorway. Clutch? I had never before driven a car but knew the theory. To my undying shame I considered a driving licence and insurance as being surplus to requirements. The salesman was a retired policeman.

Back then things were far more relaxed. Mid-shift bus drivers sank several pints. If you could wobble-walk a straight line you were sober. Seat belts were for pilots.

What followed was an unfortunate start to a lifetime’s driving experiences few of which were pedestrian. I was perplexed: having filled up I constantly stalled. The garage owner, putting his head through the window, suggested I take the handbrake off.

Fur play: The shameful confessions of a Liverpool Cab Driver, the most memorable being the eccentric cat-loving lady client.

Her instruction each Sunday was that her moggy be hosted by a kindly cab driver. He would spend a few hours driving Kitty around the city’s highlights. No sooner had the office door shut behind the dear lady was the cat dropped into a lidded tea chest and the hapless feline prisoner instructed to cat-nap.

Upon the credulous lady’s return a then much embroidered odyssey of cat heaven tourism was described in detail before she was relieved of the cat’s fare.

Life and death on the by-ways of England was more relaxed, the police more understanding. I doubt very much if today I would receive a mere ticking off for overtaking a policeman’s car – especially when it was on a blue light emergency call.

On a later occasion I was irked by a ‘boy racer’ provocatively gunning his engine. Rising to the challenge I led him and his passenger on a hair-raising chase through the city centre. Not my day; having caught up with me the two foxy cops flashed their warrant cards.

They had a sense of humour back then. Having later crashed a milk float the attending officer drily remarked on the delightful glass verge.

This cocky cad cockily flipped a coin through the open car’s window into the Mersey Tunnel’s toll basket. Having rebuked the tunnel policeman that the damned barrier had failed to rise, the policeman coolly picked the coin up from the road, handed it to me and then suggested I place it properly in the basket.

Things were so much easier back then. Hopefully the long arm of the law is not too telescopic.