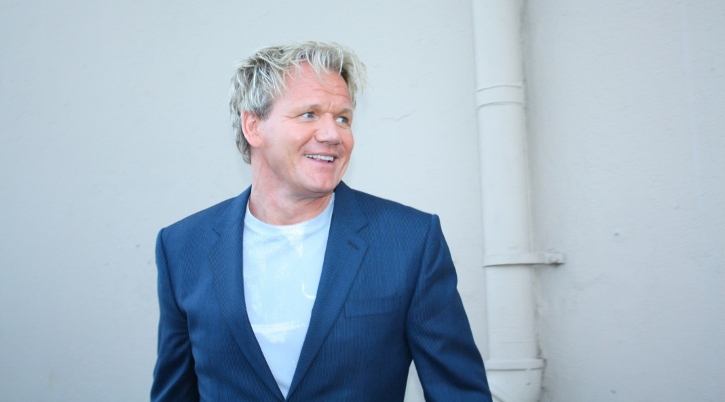 GORDON RAMSAY is back on British television, appearing on Tuesday September 23, with a new series for Channel 4 entitled Ramsay’s Costa del Nightmares, set (where else?) on the Costa del Sol.

The series will take a look at different British restaurants in the area, and aside from the effing and jeffing likely to be heard if the top chef sees something he doesn’t like, the series is thought to focus on the challenges and obstacles many expat businesses have had to overcome during the worst financial crisis to hit Spain in living memory.

One of the restaurants to be featured in the series is ‘La Granada Divino,’ located in the beautiful pueblo blanco of Gaucin, nestled between the coast and Ronda.

La Granada Divino’s story is not Ramsay’s usual idea of a kitchen nightmare. The show based around the restaurant – to be aired as the series’ penultimate episode – will focus on the challenges the owners faced when turning a derelict old building into a modern eatery.

Investors Milan and Gina Varmuza, realising that there were no restaurants of quality in Gaucin, decided to transform a run-down establishment into a place where expats and locals alike would be drawn by the wide selection of exclusive Spanish wines and well-prepared Spanish food with a twist.

Speaking to the Euro Weekly News, Milan Varmuza, who has years of experience in designing restaurants himself, described how production crews first got in touch early in the year when the restaurant was going through a complete overhaul and renovation.

After some filming of Gaucin and the local area, the film crew came back later in the year: by which time La Granada Divino was up and running!

With the restaurant doing well, Ramsay turned up for filming for a week in June with a skeleton film crew and a different focus: improving the relationship between the investors and the staff.

Cue Milan heading up the front of house and Gina in the kitchen wearing a chef’s hat, all in the name of improving teamwork and making for good TV.

The next day they were summoned to Puerto Duquesaat 11am. With images of sourcing fresh fish for the restaurant, or other made-for-TV activities in mind, Milan and Gina were in for a shock when Chef Ramsay presented them with plates of their own tapas and sent them around the port to promote their restaurant!

Ramsay then arranged for the premises to be filled with guests on the usually quiet Monday night cover. An act which, Milan fears, may have caught the staff off guard.

Milan believes that all in all he hopes that both they and the restaurant have been portrayed in a reasonably good light by the show, although he is sure that there will be enough drama for Gordon Ramsay!

The episode featuring La Granada Divino is set to be broadcast on October 7.