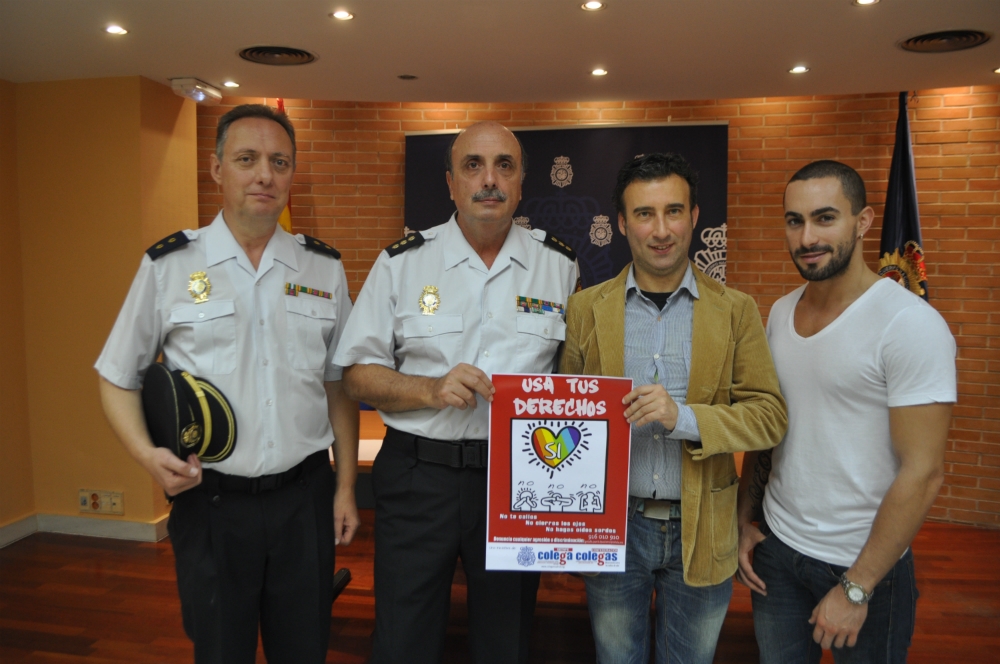 The Spanish LGBT federation are set to work closely with the National Police in a campaign to raise awareness amongst the LGBT community in reporting hate crimes or hate incidents.

The campaign is designed to raise awareness but also to send a message out to the lesbian, gay, bisexual and trans community: should anyone be the victim of a crime or incident which is thought to be against them due to sexuality you should not sit back and let it go unreported.

Some hate crimes are obvious, some are not. The campaign hopes to endorse the trust of the community, as well as educating those who may commit offences.

The police are sending a stern message that they will investigate all crimes and incidents fairly regardless of individual’s background, sexuality, religious belief, race, colour, language or disabilities, everyone is treated equally.

It is a fact that some people fail to report hate crimes or incidents. This could be because they do not want to ‘out’ themselves or bring attention to themselves, or because of the old school of thinking that their complaint may not receive as much time and attention as it deserves.

A dedicated team of eight specialist trained police officers based at Getafe police station are responsible for investigating crimes and reporting incidents against the LGBT community.

Spain are now following the direction of police forces from around the world and recognise as with gender violence, a dedicated team of officers is needed in order to improve policing amongst the community. This will encourage people to report matters to the police and not just let incidents or crimes pass by.

Currently, figures released by the Fundamental Rights Agency of the European Union show that less than 40 per cent of LGBT hate crimes/incidents are reported to the authorities.

With fear of the victim’s sexual status being exposed or further retaliation from perpetrators victims have not reported all incidents to police.

The National Police hope this change in policing will improve the confidence and service to the LGBT community.

Welcomed by the LGBT community, Paco Ramirez, president of ‘COLEGAS’ in a recent press conference said: “We believe that such campaigns with more training by the Police and other security forces can do much to increase the confidence of victims of these incidents.”

Mr Ramirez went on to say that this change may encourage people to file complaints to the police and stand up to bigots who take advantage and who cause fear and mistrust.

The police will use this initial change as a study case and will expand the dedicated hate crime investigating teams further afield within Spain.