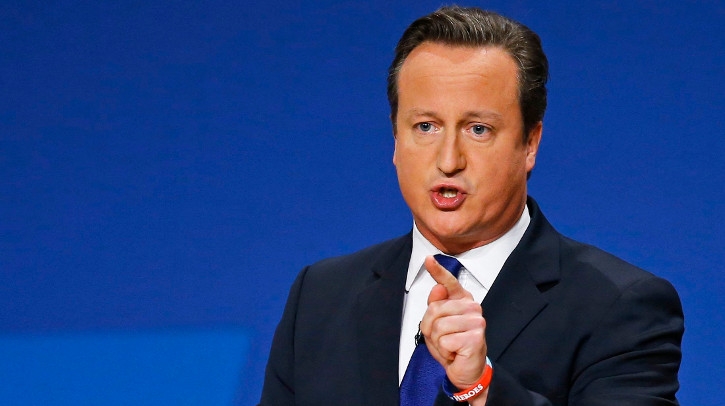 BRITISH Prime Minister David Cameron has closed the last Conservative Party conference before the next General Elections with a bang.

The PM focused in large on taxes – or more specifically, on tax breaks – in a speech calculated to win voters concerned with current austerity measures.

If we are to take Cameron’s word for it, austerity is to be replaced by prosperity. So long as the Tories win the next elections.

The Prime Minister has promised that, if re-elected, he will balance Britain’s books by 2018 and aim to put widespread tax cuts into force soon afterwards.

Furthermore, the 40p tax threshold will be raised to incomes of £50,000 (€64,000), meaning that thousands of middle-earning families will benefit from a tax break.

Cameron said: “We believe in aspiration and helping people get on in life and what’s more, we’re proud of it.”

The PM’s election promises sound fantastic, but critics have pointed out that it is difficult to see just where the finances will come from: sweeping tax breaks and cuts have to be funded from somewhere.

If the Tories’ tax breaks win over one group of sceptics, they will be hoping that their tough new stance on Europe will win over voters leaning towards UKIP, too.

Cameron has said that he would get rid of the Human Rights Act, thereby removing power from the European Courts in Strasbourg.

He said: “Britain: I know you want this sorted, so I will go to Brussels, I will not take no for an answer and when it comes to free movement I will get what Britain needs.”

After a Party Conference marred by no less than 4 Conservative defections to UKIP, including the MP Mark Reckless, the PM must be hoping that a sharp change in attitude towards Europe is what the voters want to hear.

According to Cameron, a vote for UKIP is effectively a vote for Labour.

He said: “On the 7th of May, go to bed with Nigel Farage and wake up with Ed Miliband. I don’t know about you, but not a bit of that works for me.”