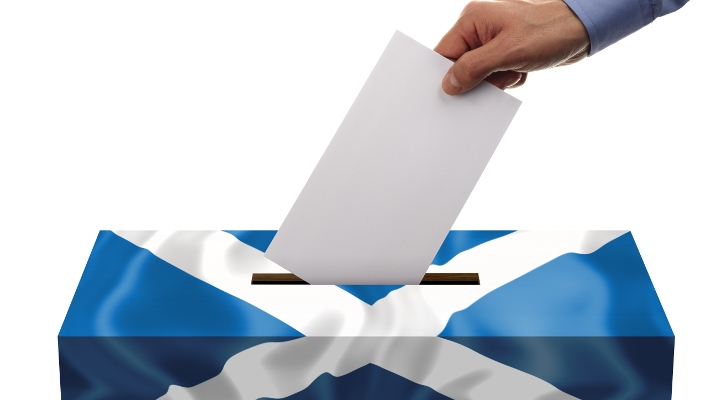 CLAIMS of vote-rigging during the recent Scottish referendum have led to tens of thousands of angry Scots signing online petitions for a recount or a fresh vote based on videos that purport to show evidence of electoral fraud.

One video apparently shows a counting officer at the Dundee polling station appearing to lift votes from a ‘yes’ pile and place them under the ‘no,’ while a photo seems to show a ‘yes’ vote, bundled with others, sitting in the ‘no’ pile. Another video allegedly depicts a counting officer in Edinburgh writing on a ballot paper.

Want to hear my theory? I think alien invaders beamed down and mixed up the ballot papers, ensuring that all the piles of ‘yes’ votes had a ‘no’ vote on top so they’d be mis-sorted. Simples! The same aliens, incidentally, responsible for the death of Princess Diana, the fake moon landings and for keeping Elvis captive on the moon.

And what about the Russian observers who complained that the count was fixed and didn’t meet ‘international standards’? Not how they do it in Russia apparently, where they probably get to stuff the ballot boxes as well. Yep, if there’s anyone who knows about dodgy vote counts, it’s those Russians …

Now, it’s right and proper that attention is drawn to any apparent irregularities in any electoral process and that explanations are sought. There were, reportedly, a number of cases of voter impersonation which have been duly investigated by the police. However, at the time of writing, there is no hard evidence that the actual count was conducted in any way improperly.

Isn’t this, though, the standard response you always expect in the circumstances? If someone loses a vote, it’s all rigged. If they win, everything’s above board and the ‘people’ have spoken.

Really! Stories like these – head in bucket of sand comes to mind – do bring the crazies out. En masse. Is the traditional summer ‘silly season’ already over when such daft stories are trotted out? What real news are we being distracted from? Elvis has just been sighted in Edinburgh waving a ‘yes’ placard? Both World War II and 9/11 were staged? And former French President Nicolas Sarkozy’s planning a comeback? No, hang on, that is true!