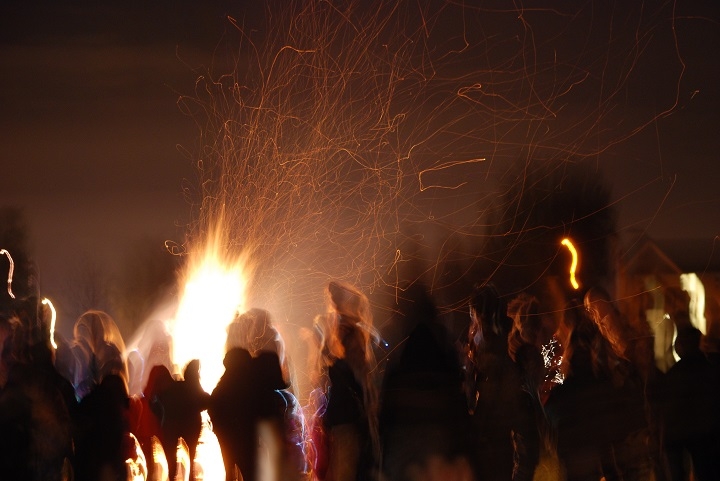 LAST night I read a statement from the Mallorca Cricket Club which actually made me exclaim out loud. The Bonfire Night party which was scheduled for November 1 and had been going for 20years has had to be cancelled due to “unforeseen and difficult circumstances”.

Over the years the event has grown and grown and has pulled in the support of some big businesses on the island and of course the helping hand of the local council, but that doesn’t seem to matter to the central government in Madrid who have clamped down on the particular requirements for any public gathering over three thousand persons.

Rob Hughes, Honorary Secretary, Frank Leavers, the Chairman, Eric George, Club Captain and Andy Diamond, the Club Treasurer made this statement: “We were advised only last Thursday that a number of new measures would have to be put in place before we would be allowed the proper certification to be granted.  We could not comply with all of these rulings and given the huge costs of these ‘improvements,’ if implemented, it would be almost impossible for the club to financially break even.

“Indeed, if the weather should be against us over that weekend, it could be ruinous for the club given all the extra measures that would be needed for Bonfire Night to go ahead.

“Over the years we have prided ourselves on the fact that we have always kept entry prices low so that Bonfire Night was genuinely a family night out.

“Frustratingly for us, we actually ‘wrote-the-manual’ that has kept everyone safe over the years and that same ‘manual’ has been copied by many other organisations looking to run community events. Nevertheless, central government has spoken and we would not be party to any attempts to ignore the rules and regulations. In short, it could be said that Bonfire Night at the Cricket Club has become a victim of its own success………but for many of us at the club this whole situation is grossly unfair”

Surely though there is an argument that this is a cultural event for the British? Just as various religious and cultural days are celebrated for other races and creeds, and are protected because of that, why couldn’t this special event have been given the same status? The “Nits de Foc” for example, are all about fires, and fireworks, and yes they are completely under control from the point of view of the Dimonis and the Fire Brigades, but they aren’t controlled as to the amount of people attending or where or how they interact with the fire. You are positively encouraged to “dance with the demons”!

As the overall future and new location of the Cricket Club still seems to be uncertain this event would also have brought them some precious funds. What a shame, for them and for us, that we have probably now seen the end of an era, not go out with a bang, but fizzled out, like a damp squib. www.familymattersmallorca.com