CONDEMNATION: Even muslims are against ISIS 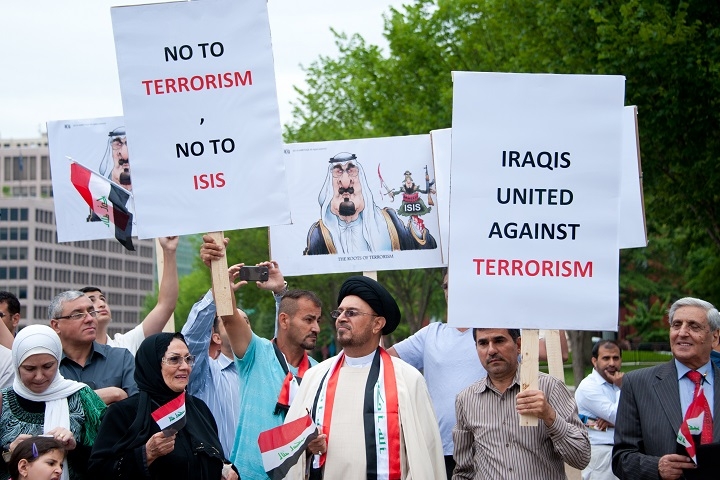 OVER the years I thought I had become hardened to images of atrocities and man’s inhumanity to man.

Not so. The email I received this week contained subject matter that turned my stomach, almost to the point of heaving up lunch. The photos depicted the sub human members of the so called ISIS carrying out almost unbeleivable acts on the victims of their evil war on humanity.

Please don’t refer to these people as animals. No member of the animal kingdom would commit such barbarous acts on one of its own kind. If you can’t abide jottings, descriptive of bloodthirsty cruelty, turn away now. The email pics depicted rows of severed heads on railings, with grinning ISIS members posing in gruesome selfies in front of the horrific spectacle.

Kneeling men, actually in the act of being beheaded by knife wielding lunatics. Rows and rows of men being executed with gunshots to the back of the head. Crucified, beheaded men, with their eye-gouged heads slung around their waists on pieces of string. Need I go on? These people, (and I use the term with great reluctance) really must be stopped, by whatever means lay at the civilized worlds disposal. Anything less than our total combined commitment to their annihilation is completely unacceptable.

If we have to put boots on the ground so be it. If we allow this bunch of Satanists to continue, we are complicit in throwing humanity back to the dark ages. Notwithstanding any disillusioned individual that goes to join their ranks, thereby condoning their actions.

Anyone who returns to their country after taking part in this despicable conflict, deserve nothing more than heavy incarceration for the rest of their natural lives, and certainly no access to ‘human rights’ for the duration of their miserable existence. Any member of their families or friends seen to protect or assist them should suffer the same fate.

There is NO excuse for this barbarism. It is just about as far from religion as you can possibly get. Believe me, when the Muslim leaders, including those with extreme views, come out in condemnation of this outrageous bunch of barbarians, you can be assured they really are an unprecedented force of evil that must be stopped – no matter what the cost.

Those who have managed to peruse this blurb will remember that over two years ago I wrote that our esteemed party leaders should beware the rise of UKIP in the political portals of power. Oh how the ol boy was scoffed and ridiculed for this ‘ludicrous’ opinion. What say you now, oh ye of little ‘Leaper’ faith? Time to be seen actually doing something Dave, or in less than a year you could be sticking your head between yer legs and not only whistling your goodbyes to Number 10, but allowing the worst Labour party leader in history to be calling the tune.