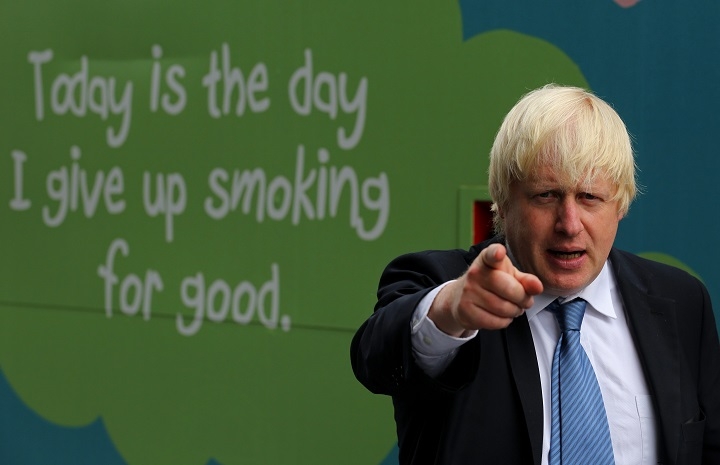 THE London Health Commission, backed by London Mayor Boris Johnson, is considering making all public areas in the capital smoke-free zones within the next few years.

The report recommends: a ban on smoking in Trafalgar and Parliament squares; turn all Royal Parks smoke-free, including Hyde Park, Regents Park and Kensington Gardens; ask Transport for London to outlaw smoking at bus stops; encourage local authorities to ban smoking in all other local authority-owned areas such as town centres and smaller green areas.

The proposal from the London Health Commission follows similar moves in other cities around the world. And the report’s author, Lord Darzi, thinks such action by London would be a good example that the rest of Britain could follow.

“We have an opportunity to set a better example for London’s children by making parks and other places controlled by London’s local and regional government smoke-free.”

In 2007, the UK banned smoking inside venues and 78 per cent of adults are now reported to support the 2007 ban. However Pro-smoking campaigners are objecting to the move, saying it would be an attack on personal liberties.

A blog written by Simon Clarke of Forest said: “A ban on smoking in parks and squares would be outrageous. There’s no health risk to anyone other than the smoker. If you don’t like the smell, walk away.

“Tobacco is a legal product. If the Chief Medical Officer doesn’t like people smoking in front of children she should lobby the Government to introduce designated smoking rooms in pubs and clubs so adults can smoke inside in comfort.”

New York, Hong Kong and several parts of Canada and Australia have already banned smoking in public areas, but statistics show that 18 per cent of London’s population still smoke – a figure that represents over one million people.

The health report also suggests a number of other proposals including restrictions on “junk food outlets” near schools and colleges, Oyster card discounts for people who walk part of the way to work and minimum pricing for alcohol.