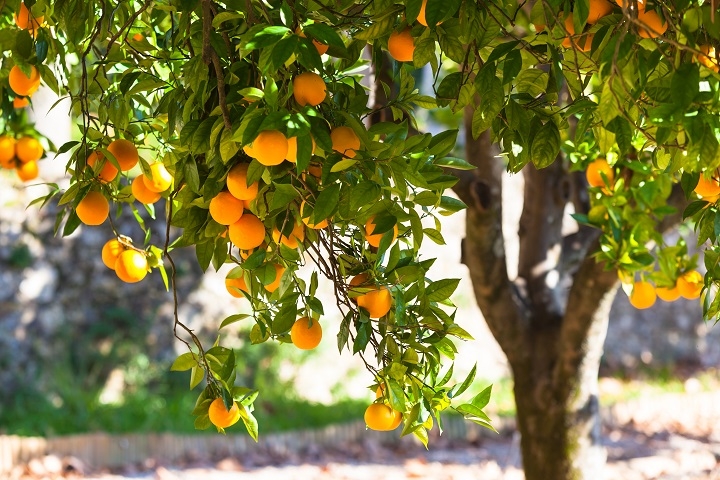 NOVEMBER will be good month for planting most trees.

The exceptions being semi frost tender ones within a frost belt where planting should be delayed until after the last frosts next spring, and dry rooted fruit trees that are sometimes available in early spring with all their natural roots intact and untrimmed to fit them into containers. But the latter are not widely available here in Spain.

The reasons for planting now are as follows:

If you are starting a new garden give priority to planting trees for summer shade, winter shelter, blocking out poor views over the garden hedge or wall, and home grown fruit.

Should you be taking over an existing garden or improving a garden you have been developing for a number of years consider where you need /can fit in extra trees, or where it makes sense to replace existing trees for something that requires less maintenance, is more useful and perhaps a little more exotic.

Look out for trees with a good root ball and perhaps roots already growing through the base of the pot into the soil below.

Also look for a good basic 360 degree framework of branches. There may only be four at this stage but you don’t want them all leaning one way that can result in a lop sided mature tree.

Finally buy a tree with a trunk that looks in balance to the embryo head of branches.

Avoid trees that show signs of damage or that have not been weeded or watered for weeks. Watch out for split bark that could allow beetles and fungi to enter.

If you have good rich loamy soil dig a hole as deep and wide as the root ball of the tree that you have bought. Fill the hole with water and let it drain away. Clean out any soil that has fallen to the bottom of the hole and then slide the root ball carefully into the hole. Now knock in a stake that is two thirds of the height of the trunk and secure the tree with a non rubbing tie. A piece of wire threaded through a length of rubber tubing is ideal. It is inexpensive and can be perfectly sized for each tree.

If you have a poor heavy clay or light sandy soil, like most gardeners in Spain, dig a planting hole two or three times the depth and width of the root ball. Fill the large hole with water and wait for it to drain. Then line the bottom of the hole with well rotted compost or a 1:3 mix of well rotted manure and soil, firming the infill as you go. Fill until the root ball sits in the hole with the top earth at the level of the surrounding soil. This is especially important if you have purchased a grafted tree.

Knock in a stake and then place the tree in the hole and secure to the post so that it is supported while you infill the hole. Infill the hole with the same material used to line the base of the hole. Firm layer by layer until the soil in the hole is just above the surrounding soil to allow for the inevitable sinking after watering in the tree.

In both cases it helps trees to survive first and second year drought periods if you mix some TerraCottem into the soil at the bottom of planting holes.

After planting give all new trees a good soaking so that moisture seeps down to the bottom of the root ball.

Dick is giving a talk to the Costa Blanca Gardeners’ Circle at 2.30 pm on Thursday, November 5, at the La Senieta conference building next to the big roundabout and big carpark at the entry to Moraira. The title is ‘Getting the most from your Christmas garden’.

Any gardener in the area is welcome.