Ashya King doing well and due back in Spain 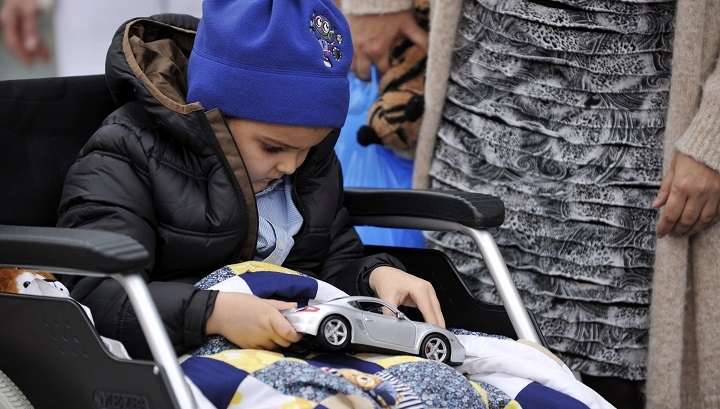 BRAIN tumour patient Ashya King is due back in Spain this weekend (October 25 to 26) after receiving his final dose of proton beam therapy in Prague.

The five-year-old will have had 30 irradiation treatments in a bid to cure his rare form of cancer.

Doctors say he is doing well and will continue to be treated in Spain. His family have a holiday home on the Costa del Sol.

Ashya’s case hit the headlines when his parents took him out of a hospital in Southampton, UK, and went to Spain. They had consistently said they wanted to have him treated abroad as the UK did not offer the therapy they wanted on the NHS.

Ashya was declared a ward of court and an international arrest warrant was issued for his parents. The family was finally tracked down to a hostel in the Axarquia.

His parents were arrested and taken to Madrid for an extradition hearing while Ashya was taken into hospital in Malaga.

After a public outcry the warrant was withdrawn, Ashya’s parents Brett and Naghemeh King released and the family flew to the Czech Republic for the course of treatment.

Now Iva Tatounova, director of the PTC medical centre in the Czech capital,told the BBC: “Ashya has been very well and we are expecting him for his last day of proton therapy. I don’t know if you remember the pictures when he was transported here – just lying on his bed in the ambulance. Now he can sit on his own, he can play with the toys and his motorics improved dramatically. He can also react to his surroundings.”

The advantage of Proton Therapy treatment over radiotherapy, according to the PTC, is that it limits the collateral damage. Vital organs, like the heart and liver suffer less damage, which has long-term advantages in restricting severe side effects.

Although the treatment is not available on the UK’s health service, the NHS has since agreed to cover the cost of the therapy.