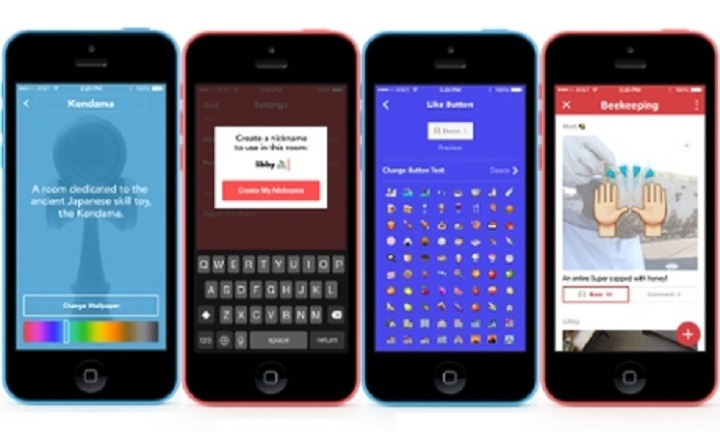 Facebook have gone old school and took us back to the mid 2000’s, when chatting on forums anonymously was a popular form of online communication with their new iPhone application, ‘Rooms.’

The application seems to steer away from everything that Facebook offers in forms of social media, the app isn’t based around connecting with those you already know such as work colleagues and old school friends, it offers the user the chance to speak to people that they want to connect with but usually wouldn’t get the chance to, similar to the increasingly popular forum Redditt. The concept is based upon creating ‘rooms’ and inviting others to post text, gifs, images and videos about topics they enjoy and have an interest in.

There is also no link to other forms of social media like Twitter or Facebook. In fact, you can’t even import any of your friends or contacts from social networking websites, so users are able to post using pseudonyms which they can change and customise whilst using different rooms. This gives the user the ability to create a different identity for themselves.

Although anonymous, the app does ask for your email but that isn’t in order to receive more knowledge about you, it is more of a security measure as well as making it more convenient if you decide to either delete the application or log in on a different device.

The invitations to rooms are sent out using QR codes on social networks, text or email and in order to join a room the user must either take a photo or screenshot and it will automatically bring the board up on the home screen.

The rooms are customisable and the creator can choose backgrounds and colour schemes, as well as switching the like button for an emoji of their choice. They also have the freedom of selecting whether comments have to be approved by a moderator, whether their room shows up in a room search and they can also put a set of their own rules in place.

Although the target audience for this app is said to be the ‘Instagram generation’ it could be argued that the app could be dangerous for younger users as chat rooms received a lot of bad publicity and criticism in the past due to online predators. However, if used appropriately it could really connect people together online through the power of topical and interesting discussions.