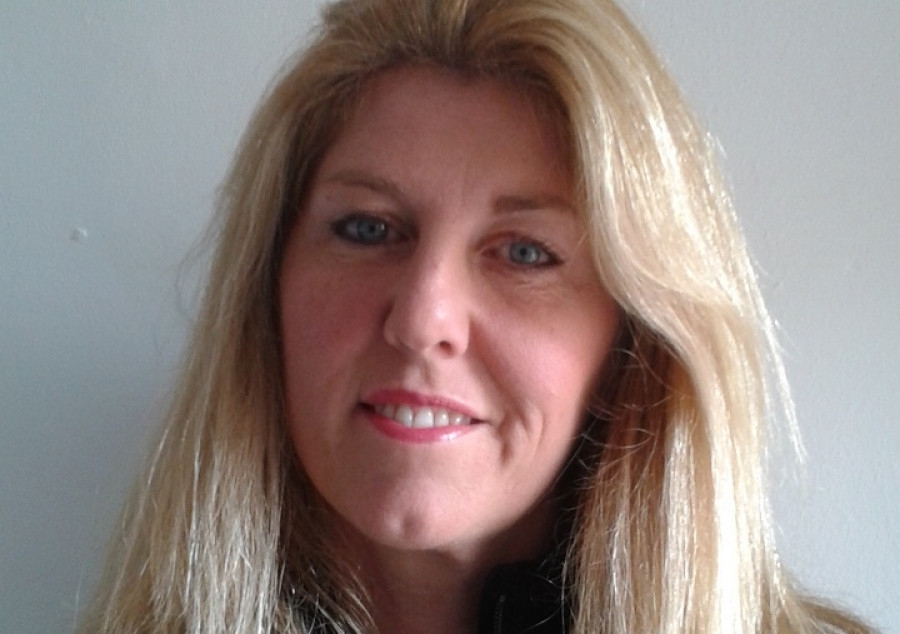 Run up to 22nd October

I’VE always said it’s good to have a plan of action, and now that I had a date for my mastectomy there were lots of things to organise. Keeping occupied is important.

Whatever the illness or problem you have in life, I think it is essential to carry on as best you can. Put your loved ones and your wellbeing at the centre of your life and keep the negatives to the margin.

Being positive will automatically boost you, both physically and emotionally. A happy person can take on the world but if you feel sad and low, all you want to do is curl up in a ball. Curling up in a ball is not an option!

I prescribe a daily dose of laughter to keep your engine running.

So that’s what I did; laugh and plan! Aside from making arrangements for my children, I needed to have a rethink about what I packed for the hospital stay.

For the previous hospital visit I had taken towels and nightshirts, which proved to be unnecessary as the hospital provide you with a clean towel and a crisp nightie every morning.

Aside from toiletries, the most important thing is to have comfortable clothes to wear when you leave the hospital. Try and take loose fitting clothes, preferably ones that button up at the front. You have reduced mobility after surgery and have to consider clothing that will be easy to put on, and that will also accommodate drains if you leave hospital with a drain still in.

You also need to consider your bra. Soft, cotton sports bras without underwiring are best.

You will need to wear a bra after the operation if you have a lumpectomy to provide compression.

I had already been through that process and this time I would be having a mastectomy, so would need to be fitted with a mastectomy bra and prosthesis post-op.

Both of which I got free from an orthopaedic shop five minutes after leaving hospital, armed with my hospital prescription.

A fantastic service, easy and quick. I went in lopsided and came out with two boobs again! A massive pat on the back for the Spanish National Health System.

In between operations, I was called for my first physiotherapy session. It turned out that I would have to have rehabilitation after my cancer treatment but they checked my movement and gave me a series of exercises to prevent lymphedema, the swelling of tissues that I talked about in previous blogs, and to ensure that I would recover mobility in my right arm. I went home and did the exercises and found them pretty easy.

At first your arm will feel like the strings of a guitar, taught and unforgiving. Bit by bit you will be able to raise your arm and return to near normality. The things you used to take for granted, like getting dressed or reaching up for something, become easier.

The operation day loomed and I went into hospital the evening before. It took all of five minutes to register me and take me up to my hospital room. Who would I be sharing with this time, I wondered?

I was accompanied by my lovely friend Bob. I felt quite at home as this was my second time at the Hospital Comarcal in Vélez-Málaga in a month!

My roommate was a German lady called Erika and she was to be the third patient having their gallbladder removed that I had shared with. Ok, this was familiar territory… what was not familiar territory was her husband who was one of the world’s most impressive snorers! This, I would find out the first night! To be fair to him, he did warn me that I would need to get a head start and get to sleep before him!

I thought it a little strange that he made up his bed on the floor, but I was later to realise that this meant he was in bashing distance of his wife’s fan! (It was October but very hot and the air conditioning had been turned off.)

I had my drip put in by a lovely nurse who recognised me from the last time – “You, here again, couldn’t stay away!” I replied, “Yes me again! I liked my first stay so much I just had to come back. We smiled at each other. They made me comfortable and brought me dinner. The next nurse on the shift took one look at me and said, “You better give this lady a three-course meal or she’ll never make it through the 40 hours nil by mouth!”

What a memory she had! Last time I was absolutely famished after the previous operation and on the point of sneaking off to the hospital café for an illicit bocadillo! So three courses it was! A cup of tea and then time for bed.

Well, I didn’t get much sleep in between the snorer and his wife unceremoniously bashing him on the head with her fan, requesting his silence! They were a lovely couple but I was relieved that he would not be staying overnight again!

Eight in the morning and I was showered and ready for action. Into the operating theatre I went and was out in no time.

I felt a little groggy but was up and about a few hours after the op, managed to go to the loo on my own and even have a little stroll around.

I was so surprised that the mastectomy did not hurt. Perhaps the pain would kick in tomorrow?

It didn’t, much to my surprise, and I was mobile and able to shower.

Then I got my first look at the results of the op. Not bad really. I didn’t feel depressed about it – more relief that something so dangerous had been removed.

I imagine everyone will have different feelings about having a breast removed but I had mentally removed it before the op, so the physical reality was easier to deal with. A few more days in hospital and then the drain came out and I was given the all clear to go home.

Lovely Conchi came to pick me up and take me home. Time to rest and await the results of the operation and the next step!