Cabgate and our smug governing elite 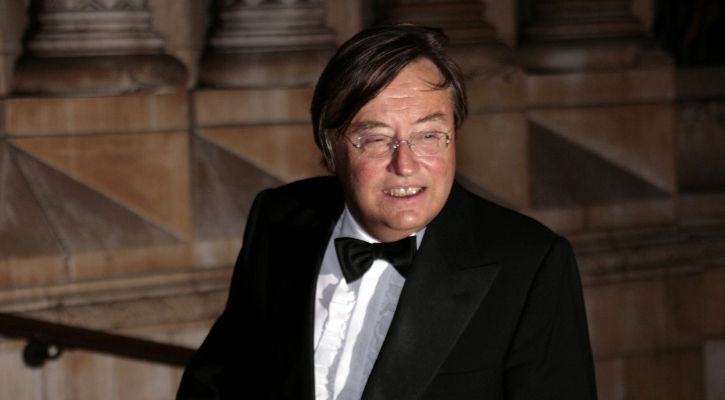 DAVID MELLOR: Who does he think he is?

ELLOR and Mitchell. Well, what a couple of s**ts. But this is a family newspaper, after all, so I suppose I’d better tone it down a bit and refer to them as a couple of M&Ms (US-style Smarties!). I’m talking, of course, about David Mellor and Andrew Mitchell.

Caught on tape telling his cab driver to “f*** off” in a row over the route, and slagging him off as a “sweaty, stupid little s**t,” the ex-Tory minister David Mellor subsequently apologised on his LBC show for his foul-mouthed tirade, claiming he didn’t know what “possessed” him.

Well, I know what “possessed” him: his own sense of self-importance… and believing that nobody would ever find out! And booze. Lots of it.

Boasting about his career in a way that made me flinch and rock to and fro with my eyes closed while calling for Nursie, he added: “You think that your experiences are anything compared to mine?” And there was I thinking that, as we got older, we were meant to become more mellow!

Like many of his kind, Mellor doesn’t understand that it’s not necessarily the swearing at the cabbie that’s the most damaging, but the arrogance, snobbery, demeaning attitude and pomposity in telling the driver who and what he thought he was. Kids on council estates get Asbos and worse for less offensive behaviour.

But really, it’s way too late for apologies. Much like Plebgate’s Andrew Mitchell and Labour’s “White Van Man” Emily Thornberry, he’s amply demonstrated what he really thinks of the man in the street.

I imagine that in Mr Mellor, Mr Mitchell and Ms Thornberry is encapsulated the view of the political class towards the UK electorate in general.

Just “plebs” to be pandered to come election time and then ignored. Hardly surprising that some 40 per cent never vote, and that new parties like UKIP can trade on the dissatisfaction felt by so many with the LibLabCons.

A final thought. If Mitchell’s now given up that bike of his, he can always take a cab – Mellor swears by them. And as for Mellor, it won’t be long before the Portillo-style media rehabilitation programme kicks in and the BBC finds him a nice cab journey series around the world.

Meanwhile, bet he still won’t get a London cab…