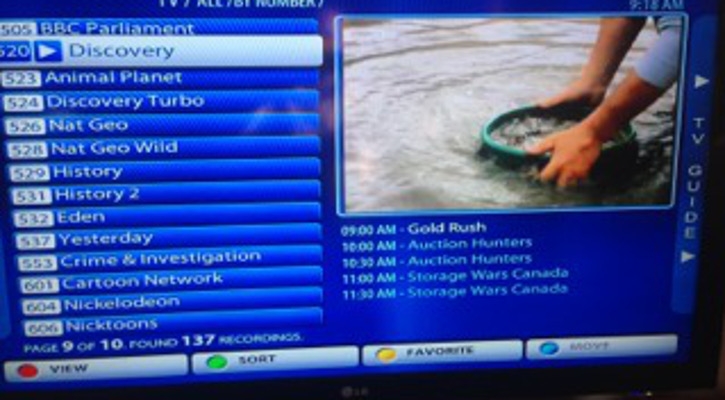 TVMed Mallorca was a company born of frustration.
Dominique and Jason were both successful businessmen in Murcia, when the first satellite changeover arrived. Rather than accept being held to ransom by satellite dish companies which carried no guarantees, they invested in their own equipment and set about perfecting the future of television with IPTV (Internet Protocol Television).
The company went from strength to strength and when Jason relocated to Santa Margalida and realised Mallorca was suffering a similar problem, TVMed Mallorca was formed.
The company is enjoying a successful first year, which Jason accredits to customer service alongside the product itself. He said: “There are various companies offering a lesser, more diluted product than ours, but the difference with ours is that it really is ours, and we do not re-sell our product to other subsidiaries.
“Our customers actually have the system installed by me. This means they have a point of contact and an on-going relationship to sort out any future problems. We consider this to be very important and it was the foundation on which the whole company was built.”
TVMed Mallorca offers its customers a choice of two packages: the first included over 100 channels including all the BBC and ITV channels, 13 movie channels, Gold, Dave, Discovery, Nat Geo, History, Sky 1 and 2, Channel 4, Five, Sky Atlantic, RTE 1 and 2, all for only €19.99 per month.
The sport package includes all the above, plus more than 30 extra sports channels, including Sky Sports 1-5, Sky Sports News, Sky Sports F-1, BT Sports 1 and 2, Setanta Ireland, Eurosport 1 and 2, Racing UK, The Golf Channel, ESPN, Box Nation, MUTV, Chelsea TV and Racing Channel, all for €29.99 per month.
The company will install the system anywhere in Mallorca; installation is usually within 24 hours.
It is fully transportable and can be used anywhere in the world with an internet connection, simply plug it in.
They also offer 72-hour catch-up TV, which is proving a big hit with customers, and the ability to pay by the month, designed specifically for holiday home customers.
Contact TV Med
Tle: 911 881 659
Email:
[email protected]