Neater Heaters are fast, efficient, effective, and they look good too 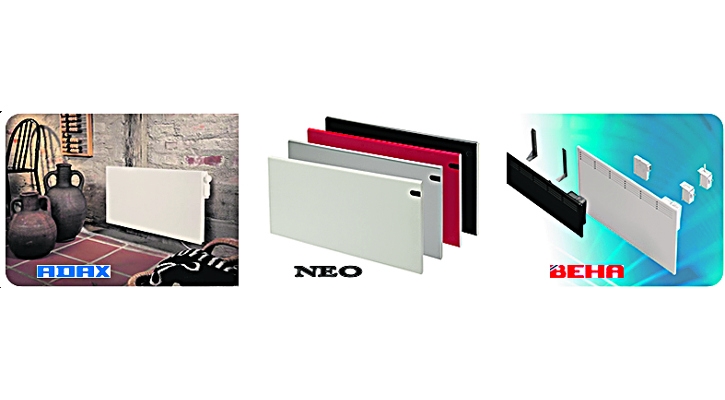 Having set up Neater Heater six years ago, Richard and Tony have frequently encountered the same questions from customers trying to decide which heater option is better for them.
Some of these questions have been answered by ‘internet experts’ on forums where the answers are as baffling as some of the questions.

Why choose electric heating over traditional gas or oil-powered central heating systems?
Mainly installation costs. Although the perception is that running costs of gas and oil systems are probably cheaper (although that is disputable) a full Neater Heater central heating system can be installed in most small villas for about €1,000 – the price of a boiler. Not only that, but Neater Heaters are movable. Water-filled Radiators aren’t.

Are Neater Heaters economical to run?
Compared to most of the competition, yes they are. But more importantly they are efficient which makes them cost-effective, and that is more important. Seven years ago I tried to heat my son’s bedroom with a 900 watt ‘Eco Heater’ which barely made a difference at all.
I replaced that with a 1000 watt Neater Heater, which cost a bit more, and the difference was astounding. Even with the ‘Eco Heater’ my son was unable to concentrate on his homework, even with his outdoor clothes on, and ended up doing it in the living room. The Neater Heater, however, warmed his room effectively allowing him to study in a tee-shirt.
Not only that, but the Neater Heater was only running at 3/4 capacity of about 750 watts.
In other words, The Neater Heater cost me less to keep him warm than the ‘Eco Heater’ cost to keep him cold.
There is a guy on an internet forum who says that if you put a kilowatt of electricity into any heater then you can only get a kilowatt out and that all electric heaters are the same.
We have heard this nonsense on all the internet forums we have bothered to look into. In my spare bedroom I have two pieces of electrical apparatus. They both use metal electric elements to convert electricity to heat energy.
One of them uses 2,300 kwh and if you left it on for five hours would probably not raise the room temperature by more than a degree, but it can be used to put lovely creases in shirts. The other one is a Neater Heater which uses about 750kwh, and if you left it on for 20 minutes would raise the room temperature by 10 degrees. Unfortunately, it is rubbish at ironing shirts.
Neater Heaters are convector heaters designed by Norwegian engineers to gently heat up the air in your room as fast and effectively as possible. Not only that, but they look good too.