Ready to pump up the volume 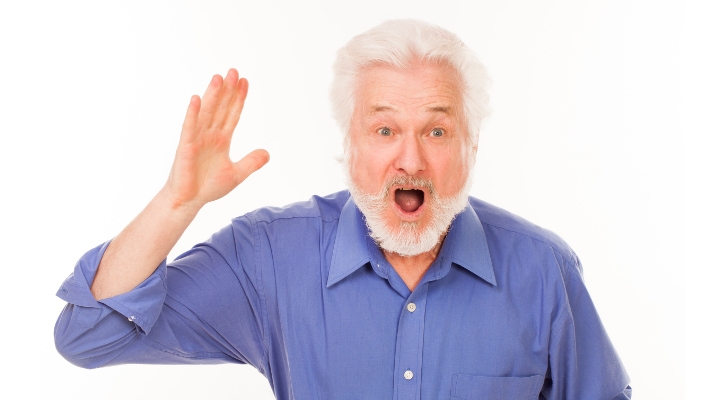 HARD OF HEARING: There is no need to shout, I can hear you loud and clear.

I WAS loading the car with our weekly shopping, when a grim faced chap came rushing toward me, brandishing a clip board. “UGH!” he grunted as he stabbed the clip board with his shiny Bazaar Chino ball point.

The form declared it was an official document issued by the Society for the Deaf and Dumb.

There were no other details except for two little flags stuck on the bottom – one Spanish, one British – supposedly to denote its authenticity, and three signatures each with a €10 donation signified, but all suspiciously bearing similar hand writing. “UGH!” he repeated, this time more forcefully as he bayoneted the clip board with his pen. The life of this poor Oriental pen was going to be short lived.

Equally forcefully and in words I am not allowed to repeat here, I told him to scarper, at which he turned on his heel muttering something to do with my parentage. It’s a miracle I thought. The gifts of hearing and speech had been restored simultaneously.

But this little incident reminded me of another some years ago.

We had decided to stop for a coffee break and a respite from our round of sightseeing in the town of Falmouth in Cornwall. It was a pleasant little cafe not far from the harbour and the prices although elevated, were not stratospheric and a short term loan was not necessary.

The ambience was pleasant with soothing background muzak and waitresses who were smiley, attentive and cor! Furnishings were comfortable and I was greatly relieved to see that the tables had not been manufactured in Greece, and had legs of equal length.

Then as we tucked into our sticky treats, there was a commotion as a crowd of elderly people screaming like Banshees, blew into the cafe like a geriatric hurricane. There were empty tables available for only half of them, the others remaining at the counter where they harangued the serving staff deafeningly with their orders. Suddenly the gentle atmosphere of the cafe had been transformed into a hell hole of noise and three figure decibels. The racket was horrendous.

Looking through the window, our attention was directed to a mini bus parked across the road – Van Gogh Centre for the Hard of Hearing it proclaimed.  Someone has a sense of humour I thought. Didn’t Van Gogh cut off one of his ears?

Then as we were about to leave, one of the worst offenders and definitely in the running for The Bedlam Cup, approached us.

“THIS TABLE FREE THEN IS IT?” he bawled.

“Half past four!” I hollered back, which seemed to satisfy our loud friend, and we hurried out to the welcome sound of traffic and a police siren.

Share your story with us by emailing [email protected]s.com, by calling +34 951 38 61 61 or by messaging our Facebook page www.facebook.com/EuroWeeklyNews