Trying not to fall into an age old trap 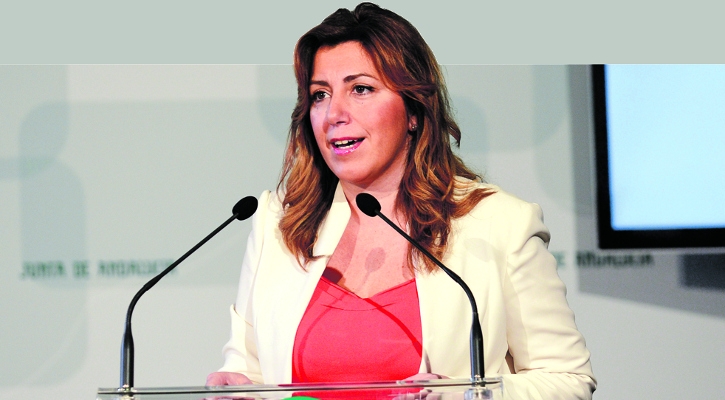 THE PSOE can’t afford to fall into its old trap of imposing party preferences on the public.

Susana Diaz, the PSOE’s Number Two and president of the Andalucia region, was Alfredo Rubalcaba’s choice to follow him as party secretary general. Many – and possibly Diaz herself – were disappointed when this internal decision was challenged. The leadership race was thrown open and Pedro Sanchez took over.

Now Andalucia has said support for Sanchez will be conditioned by the results of May’s municipal and regional elections. If he does well, then Sanchez will have 100 per cent backing, and that backing is important because Andalucia is where so many PSOE votes come from.

But a Sanchez success will have little to do with ideology and more to do with image. If his showing is poor because the appeal of Pablo Iglesias and Podemos is stronger, then Sanchez won’t be the PSOE’s presidential candidate for the November general elections.   Diaz could be jockeying for position but despite her popularity within the party she has less national appeal than Sanchez. If the party does not stick with him, the PSOE could be in for another beating on the road to nowhere.

As so depressingly often, the Bundesbank is right, but Podemos’s dislike of banks and hints of defaulting on Spain’s debt are likely to win more voters than they repel.  Podemos wants to substitute Alice in Wonderland’s “jam yesterday and jam tomorrow but never today” with lots of jam today although this invariably augurs hunger tomorrow.

He sounded very Tigger when he declared in a speech to Spanish businessmen that the economic crisis was “ancient history” and this is “the Christmas of the recovery.”

On paper the country is out of recession and the economy is slowly recuperating but as yet few are feeling the benefits.

Rajoy was wise to tone down the triumphalism. The speech was reminiscent of George W Bush’s elated “Mission  accomplished!” exclaimed in May 2003. He said that two months after the invasion and occupation of Iraq and 11 years before its invasion and part-occupation by ISIS.

There are times when it is preferable to emulate Eeyore.

THE government’s reform of the Penal Code contains a ‘life means life’ clause. This is new to Spain and causes concern in some legal circles although there are fewer misgivings outside them. But it is the only answer to some crimes and saves the state from contaminating its hands with capital punishment.