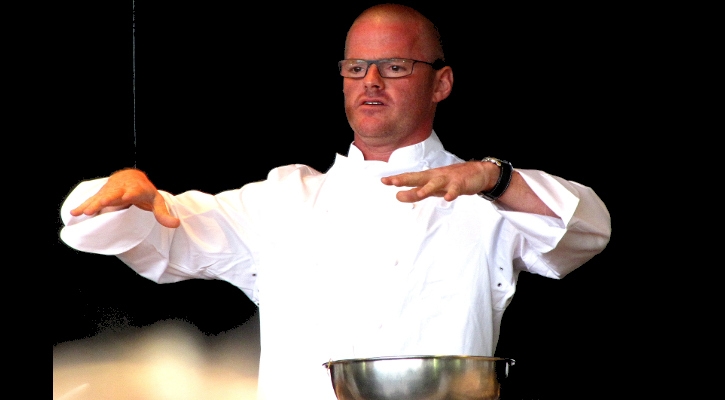 TELEVISION CHEFS: Hard to avoid over the festive period.

IT’S hard to avoid those television chefs at the best of times, but leading up to Christmas they were as numerous as fleas on a tramps vest. Every channel you turned to, there they were, dazzling us with their recipes and expertise on the very best of Christmas fare.

But whatever time of year I happen to catch their cooking programmes, they never cease to amaze me with some of the weird and wonderful stuff they knock up, and I wonder just what planet they live on.

They all start off with the same laughable line that goes something like this: ‘Today I am going to show you this simple and delicious recipe that anyone can prepare in four minutes with just a few ingredients that you will find in any kitchen cupboard’… etc. etc. Yeah right, because it’s obvious from the start that the pile of ingredients they have in front of them would not be found in the average Sainsbury’s, let alone a domestic kitchen.

Then off they go, chopping onions with a blur of wrist action that on the odd occasion I tried to mimic the technique, nearly lost me several digits. That one process alone would take me twice the length of time as their estimation for the whole dish.

And they have this special chef’s language with words that have me rushing off to get the dictionary. Julienne some carrots they say, or garnish with a brunoise of vegetables.

Why can’t they just say slice and dice for God sake – we can all understand that. And pu-lease, why not just say strips of bacon instead of poncy sounding lardons? Tooth grindingly hateful to me is when they melt a bit of chocolate with some cream and refer to it as a ganache. Ganache? Ganache my backside; it’s still just melted chocolate and cream.

They don’t even bother to wear aprons during this wondrous process and it’s not as if they have put something old or tatty on just in case a bit of ganache finds its way on to their person. Oh no, it’s polo shirts sporting little crocodile motifs, designer slacks and even jackets and ties.

If I did that, my best clobber would finish up looking as if it had been involved in a Dulux factory explosion and my wife would do a bit of her own Julienning on my tender parts.

Then off they swan in their latest vintage car or personal helicopter to their next guest appearance and leave an army of poor beggars to clean up the wreckage and wash the dishes.

No, I’ll stick to my own recipes thank you very much, it’s less stressful.