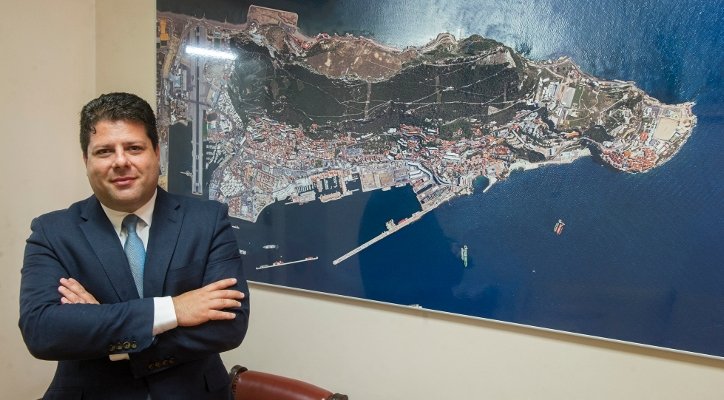 CHIEF MINISTER of Gibraltar Fabian Picardo has used his New Year message to highlight the strength of the Gibraltar economy and how it is currently one of the “strongest in the world.” He also took a pop at the opposition for trying to convey messages of “doom and gloom” in the face of a strong financial situation.

He stressed that Gibraltar’s finances are now in a “much stronger position” than they were under the previous government. Mr Picardo also stated unemployment in Gibraltar is the lowest since records began.

In his annual New Year message, the chief minister’s main focus was on the strength of Gibraltar’s economy.

“Usable cash reserve is now at almost £80 million (€102 million),” said Mr Picardo. “And in the next financial year gross debt will be half of what it was under the GSD (Gibraltar Social Democrats). That means gross debt will fall to less than £260 million (€332 million). So more usable cash and less than half the debt there was under the previous administration. Let us be clear: that is the soundest position Gibraltar has been in for 20 years.”

Mr Picardo reiterated: “Your government’s finances are amongst the strongest in the whole world. During the course of the next financial year you will find that Gibraltar is amongst the top 15 nations in terms of having the lowest borrowing as a ratio of GDP. That is genuinely something to be proud of. And don’t let anyone convince you otherwise because it would not be true.”

Mr Picardo took the opportunity of his New Year message to have a snipe at the opposition. He said that instead of “allowing our political opponents to worry you,” Gibraltarians should be proud that the public finances of the country are “amongst the strongest, most resilient of any EU nation.”

He stated: “As usual, our opponents make predictions of doom and gloom. They say we will not be able to achieve things. Just as they said we would bankrupt Gibraltar when we introduced scholarships for all in 1988. And then we do what we say, when we deliver to Gibraltar’s benefit, they are left dumbfounded. Please therefore regard all the statements of doom and gloom you hear about our economy and public finances in this light.”

Addressing the issue of unemployment, Mr Picardo said: “Unemployment was down to 228 on the last working day of the year last year, which is the lowest figure since unemployment records began. This produces an average for the quarter end of 268 people unemployed, also a record low for quarter end unemployment figures. We must work harder to get those numbers down further.”

The chief minister concluded that 2015 will be a year of challenges ahead, but “with our collective hard work, it is going to be another great year for Gibraltar”.