All change, with a sigh of relief! 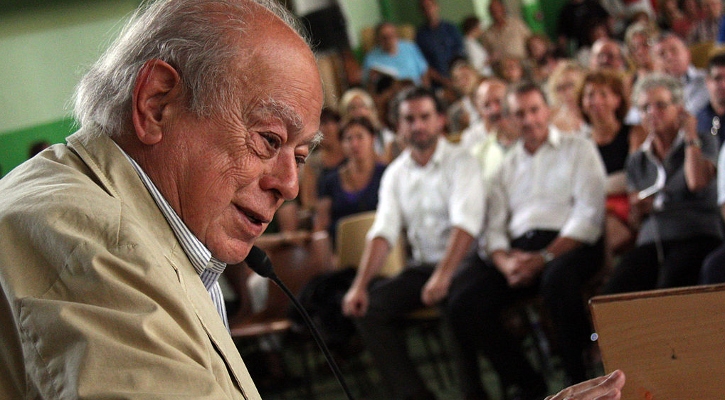 Ruz is no super-judge along the lines of Baltasar Garzon or Javier Gomez Bermudez. He shuns the limelight but instructs Spain’s most notorious cases, starting with Gurtel which he inherited from Baltasar Garzon, now harshly ousted as a judge.

Ruz could have stayed longer in his current post, but it is hardly surprising that nothing was done to prolong his stay. He is confident he will have finished the Gurtel summing-up before March, but there will be audible sighs of relief throughout the country once he is posted elsewhere. The loudest are likely to come from the government.

GREECE could put a spanner in the Podemos works.

Pablo Iglesias has never hidden his regard for Syriza and its leader Alexis Tsipras. “2015 will be the year of change in Spain and in Europe. We shall begin in Greece,” said Iglesias as he welcomed Athens’ decision to call general elections. Podemos and Syriza have many populist aims in common and if the latter wins the January 25 ballot, Spanish voters will have a preview of what could happen with Podemos in power.

A hypothetical Syriza government might succeed in facing down Brussels on austerity and renegotiate Greece’s debt. But if, as is likely, Brussels demonstrates who is boss, things will look bleak for Podemos.

Despite alleged evidence of ‘grave irregularities’ in practically all political parties according to Public Prosecutor Olayo Gonzalez Soler, only the former communist party IU and Partido Aragones Regionalista are being pursued for breaking the law.

Yet the Tribunal failed to winkle out the PP’s treasurer, the now-remanded Luis Barcenas.   What do its employees do all day? Look the other way?

SOMEBODY had to say it and it fell to El Pais columnist Luz Sanchez-Mellado. “Con Iglesias hemos topado,” she wrote, paraphrasing Don Quijote’s “Con la Iglesia hemos topado.” When Cervantes put those words in his anti-hero’s mouth – “We’ve come up against the Church” – there was an implicit double meaning all those centuries ago.

That dark horse turned out to be not Don Quijote’s broken down hack as critics hoped, but the steeds of the Four Horsemen rolled into one. Nightmare stuff for PP and PSOE politicians who foresee the Apocalypse.