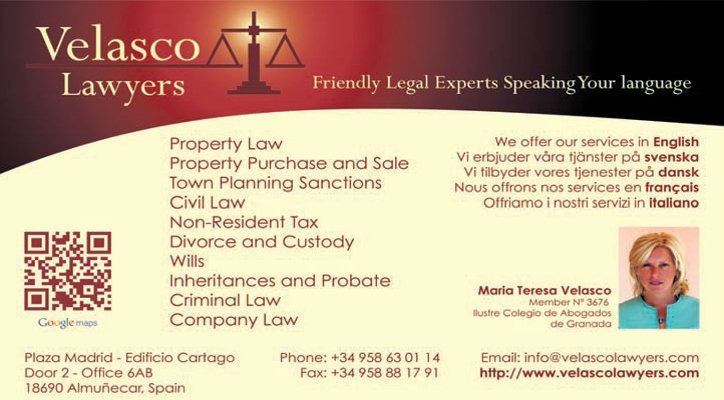 In legal circles January is nicknamed ‘divorce month.’
Statistics in western countries are showing that January is by far the month of the year with the highest amount of legal breakups.

DIVORCE proceedings can be initiated unilaterally by one of the spouses and there is no need to state a reason for the divorce.

In cases where the spouses have different nationalities, are resident in different countries and/or got married in a third country, it might be tricky to determine if you can get divorced in Spain and which national law will govern the divorce.

EU directive 1259/2010 gives a clear and sensible procedure for determining the place of divorce and the applicable law.

In general the divorce can be filed in Spain if:

•             Both spouses are Spanish nationals wherever they are residents.

Filing for divorce in Spain

In our experience a specific power of attorney on behalf of a lawyer and the agreement signed by both spouses (‘convenio regulador’ in Spanish), will save time to both parties as they will be able to live in different addresses as from the signing, and in most of the cases they won’t even need to go to court to ratify it. No need to follow separation proceedings before divorce, the only requirement is that they have been married for more than three months.

A divorce by mutual agreement is most of the time the best option.

Documents you need to provide to your lawyer:

1.            Certificate of enrolment on the town census (‘Certificado de empadrona-miento’) of at least one of the spouses, or residency certificate.

2.            If the marriage was celebrated in Spain, a marriage certificate (‘Certificado literal de matrimonio’), issued within the last three months by the Spanish Civil Registry. If the marriage was celebrated abroad, an Original Marriage certificate, if possible the international one, which will save you the endorsement with an apostille (Hague Convention for the legalisation of documents) and the translation by an official translator.

3.            Birth certificates of the children, if any from the marriage. Equally, unless they are the international ones, these have to be endorsed and translated.

5.            Premarital agreements if any. If the agreement was signed abroad, then it also has to be endorsed and officially translated.

6.            An inventory of the matrimonial assets and documents accrediting debts.

A Spanish lawyer with experience in international family law will be able to assist you, and determine if it is to your advantage to be divorced in Spain.