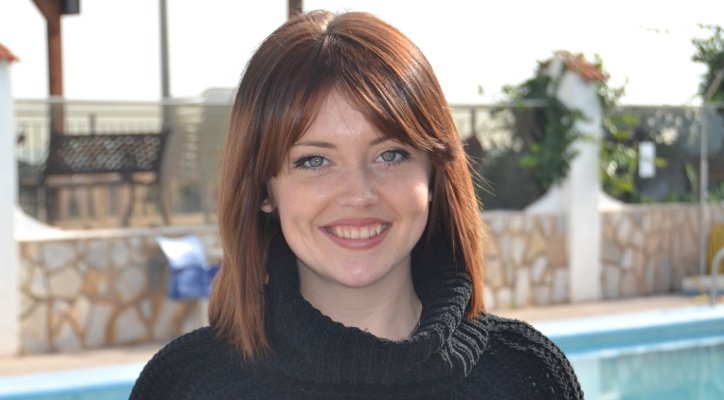 AS part of our series La Gente, Euro Weekly News reporter Gemma Quinn has been out and about to see what skills, talent and inspirational people can be found on the Costa Blanca. This week she met a young singer with stars in her eyes…

“TONIGHT, Harry, I’m going to be…” Uttering the immortal words was a dream come true for Quesada-based singer Emily Hullmann, who appeared on the newly revamped ITV show Stars In Their Eyes as Jessie J.

Now hosted by Harry Hill, Emily said it was a surreal experience: “I grew up watching it and had always said to my Mum, ‘I will be on that one day.’” And that day was Saturday.

After auditioning for the show back in November, Emily spent a week in the UK filming, doing rehearsals, learning routines and getting vocal coaching: “It was so full-on, but just fantastic.”

And Emily has nothing but admiration for new host, Harry Hill: “He was so nice and very supportive and such a genuine person. He was very professional the whole time. His silliness is just an act and people need to accept it’s just a bit of fun.”

With an amazing transformation into pop starlet Jessie J, Emily’s performance as a look-a-like and, more importantly, a great sound-a-like, opened the second show in the new series, which also saw contestants perform as Tina Turner, Miley Cyrus, Mark Owen and the heat’s winner, Frankie Valli.

Emily is not disappointed that she didn’t win: “It was such a strong heat, everyone deserved to win and I see it as a positive thing. When one door closes, another one opens.”

It may be the first time Emily has been seen on television, but the 21-year-old has already built up a strong following locally since she began to sing professionally three years ago. She won local X Factor-style competitions in 2012 and 2014.
Of her experience on the show and her future in singing, she said: “I’d love to get somewhere of course, but I love home life so it’s all good.”

Emily can be contacted via her Facebook page, search Emily Hullmann.