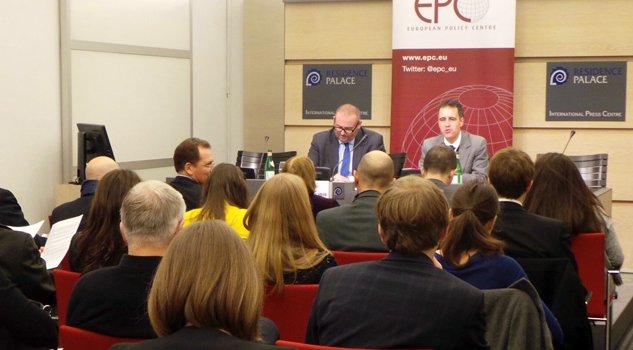 GIBRALTAR has complied with all the recommendations made to in in relation to the border and now Spain must comply also. That’s the message from Deputy Chief Minister Dr Joseph Garcia, who briefed the European Commission during a visit to Brussels.

Dr Garcia also presented a dossier for December 2014 which contained statistical data on both the incoming and outgoing delays for every day of the month at the border. He stressed that the situation disrupted the lives of thousands of ordinary people on a daily basis and he also said that while it was proper for the commission to steer clear of sovereignty issues, they could not abdicate their responsibility for the application of EU law and the EU treaties. This included the right of EU nationals to freedom of movement through an internal border of the EU.

Dr Garcia said that many of the issues that affect Gibraltar began only after Spain joined the EU in 1986.

“There is no argument that Spain is entitled to conduct light immigration and customs checks at the border,” said Dr Garcia. “It is the intensive and deliberately disproportionate manner in which the checks are carried out that is the problem.”

Dr Garcia’s visit to Brussels was in line with the policy of the Government to raise the profile of Gibraltar in the European Union and to engage with the EU institutions. “It was an intensive visit which included 25 meetings and media engagements, as well as a major speech to one of the leading think-tanks in Brussels,” he said.

“I had the opportunity to put Gibraltar’s case to two EU commissioners, a director-general, three chairs of European Parliament committees and MEPs from across the political spectrum, in a programme arranged by Sir Graham Watson.”

The deputy chief minister’s meetings ran in parallel with a high-profile Gibraltar exhibition in the European Parliament building, which was well attended according to Dr Garcia.