RIP to the latest victims 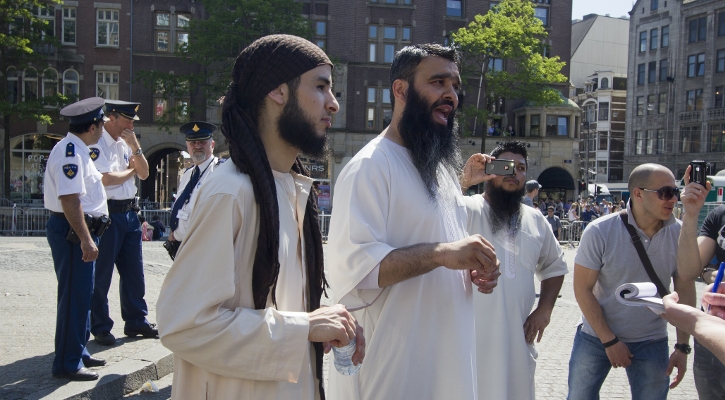 ISLAMIC EXTREMISM: The authorities need to wake up to the threat.

In towns and cities all over the civilized world there are thousands of Islamic terrorist cells, planning and awaiting instructions to create mayhem and slaughter from within. If we had been infiltrated on this scale by the Nazis before the Second World War we would have been wiped out. I also see that prison ‘radicalisation’ is now (at last) becoming a worry. This was actually the situation which first alerted me to related problems that could ensue in the future. During my incarceration in ‘76, I observed at first hand the type of violent thugs and criminals that were being converted to Islam. Coupled with the almost fanatic following of the religion I had experienced from living in a Muslim country for eight years, the selection of these radical new converts somehow set off alarm bells. As far as I could see there were no pacifists or peaceful individuals being encouraged to join these sects, just dangerous men with low intellect and most of them doing time for acts of violence. Unless there were dubious plans for the future of these men, it didn’t make any sense. So the old Leaper’s assumptions weren’t the sense-less ravings of an old senile pop singer, but common sense deductions of a number of situations as I interpreted them. And if I could see it, why couldn’t our highly remunerated security experts?

I also find the reactions of the so-called moderate Muslims a bit low key. One can only compare them to the German and Irish pacifists who voiced their dissent in shadowy cafés, with their names withheld and these days with their faces pixel’d out. To be taken seriously these people need to bury their fears and, if great numbers of them do indeed exist, rise up together. Jam the streets with thousands of Muslims decrying and condemning these vicious inhuman atrocities. Just see the support you get from the millions of your fellow human beings who believe in democracy and free speech – whatever their religious leanings. Somehow I fear that is not exactly the plot, is it? Well, as far as I’m concerned, if you don’t condemn something, then you condone it.

May all those killed in these latest atrocities RIP. I’d rather put my money on you inhabiting the halls of paradise than those who put you there.