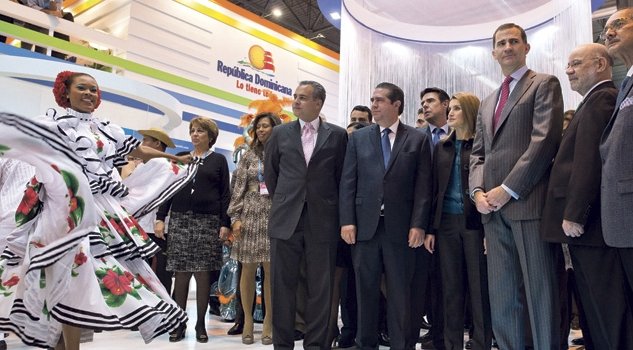 AXARQUIA – as one of Southern Spain’s most important tourist destinations – is this year well-represented at FITUR in Madrid, arguably the most important international tourism trade fair in Europe.

In a week that Prime Minister Mariano Rajoy described tourism as “a State policy in Spain,” Motril, Nerja, Rincon de la Victoria and Almuñecar are among the areas of Andalucia featured at the trade fair that attracts more than 200,000 worldwide visitors each year.

King Felipe VI and Queen Letizia attended the opening of the fair this Wednesday, illustrating the importance of the event in a country hugely reliant on the tourism industry. Spain is the third most visited country in the world, and the municipalities of Axarquia have worked hard to prepare for the massive event that continues until February 1.

Motril, for example, has designed a comprehensive programme highlighting all the attractions of the area. Noteworthy is a project specially designed for the disabled community under the slogan ‘Motril is for Everyone’, which aims to promote the town as an accessible, adapted destination.

Rincon de la Victoria has designed brochures in four languages to hand out at the fair and will also introduce the new website for the town’s most important natural monument, the Treasure Cave. Almuñecar is  playing its part by launching an outstanding promotional video featuring its historical, cultural and traditional attractions.

The importance of being featured at FITUR cannot be underestimated. It is the ideal place to discover a wide range of worldwide destinations under one roof, with a total of 686 stands representing 165 countries. The fair is not just a place for professionals to meet and network, but an ideal weekend destination for members of the public to not only gather information on potential holiday destinations, but also to sample the food, drink and culture of various worldwide vacation hotspots.

FITUR also puts on a number of events for the public over the weekend, including a ‘travellers’ gymkhana’ on Saturday, which will give visitors a chance to win prizes including free hotel stays, trips, typical local products and many more prizes by proving their travel knowledge.

Entrance tickets are €10 and can be purchased at the north and south entrances to the fair, or €9 if purchased online at http://www.ifema.es/ ventainternet/inicio.htm?idioma=es&feria=FT15

The FITUR website www.ifema.es/ fitur_06 has an extensive guide to everything you need to know about the event.

IF you want to get to FITUR

The exhibition complex is just 10 minutes away from Madrid Barajas airport. Metro Line 8 connects the terminals with the Feria de Madrid complex. The station to use is the  Campo de las Naciones.

The main routes to connect to are:

Madrid’s major routes and ring roads: the M11 (Exits 5 and 7), the M40 (Exits 5, 6 and 7) and the A2 (Exit 7) have connecting roads to the complex. Parking areas have direct access to the south, north and east entrances.