Reaching for the stars in Madrid 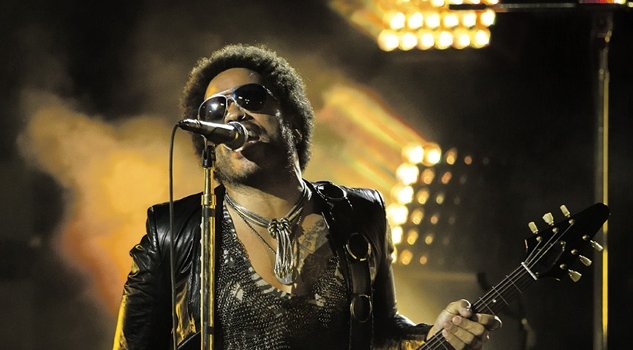 The Costa del Sol town’s Mayor Angeles Muñoz joined festival director Sandra Garcia-Sanjuan at the Madrid fair which attracts more than 200,000 visitors from around the world to officially reveal Lionel Richie as the latest superstar to join the Starlite line-up.

He will be joining Lenny Kravitz and Supertramp’s Roger Hodgson as well as Spanish multimillion CD seller Alejandro Sanz as headline acts to give Starlite even more glitter.

The festival attracts some of the top names in Spanish celebrity society to the Costa del Sol and Marbella every summer as well as international faces and names, generating huge amounts of media interest.

The King and Queen of Spain attended FITUR yesterday for the first time as reigning monarchs. King Felipe underlined the importance of tourism to Spain as a whole.

And events like Starlite help boost the industry. Last year the month-long event attracted an estimated 90,000 people to the region from 43 different countries. The number of private aeroplane flights to Malaga during the festival broke all records.

That is one of the reasons the mayor travelled to Madrid for FITUR. Representatives from the travel and tourism industry from 165 countries were there, guaranteeing maximum exposure to Marbella and the Costa del Sol as Lionel Richie was announced as the latest star name for Starlite.

Opera lovers will be able to listen to Italian tenor Andrea Bocelli, who will be celebrating 20 years in the music business with his only concert in Spain this year.

Also featuring this year will be a special tribute concert to Frank Sinatra to mark the 100th anniversary of his birth.

The festival runs through the summer from July 22 until August 23. Kravitz will be playing on July 22 and Richie will perform on July 29.

FITUR is one of the biggest tourism trade festivals in the world with a €10.5 million budget.

The importance of being featured there cannot be under-estimated. The fair is the ideal place to discover a wide range of worldwide destinations under one roof, with a total of 686 stands. It is not just a place for professionals to meet and network, but an ideal weekend destination for members of the public to not only gather information on potential holiday destinations, but also to sample the food, drink and culture of various worldwide holiday hotspots.

A travellers’ information point is positioned at the entrance to the fair in Madrid’s fairground (Feria de Madrid) to provide visitors with personalised maps of the 56,000-square-metre smorgasbord of tourism, depending on their interests.

FITUR also puts on a number of events for the public over the weekend, including a ‘travellers’ gymkhana’ on Saturday, which will give visitors a chance to win prizes like free hotel stays, trips, typical local products and many more prizes by proving their travel knowledge.

The 2015 34th edition of the FITUR tourism event will be open to the public this Saturday from 10am to 8pm, and Sunday from 10am to 6pm. Entrance tickets are €10 and can be purchased at the north and south entrances to the fair, or €9 if purchased online at http://www.ifema.es/ventainternet/inicio.htm?idioma=es&feria=FT15.

The FITUR website www.ifema.es/fitur_06 has an extensive guide to everything you need to know about the event.

IF you want to get to FITUR

THE exhibition complex is just 10 minutes away from Madrid Barajas airport.  Metro Line 8 connects the terminals with the Feria de Madrid complex. The station to use is the Campo de las Naciones.

Being just 15 kilometres from Madrid city centre the complex can be reached from any Metro station. It is on Line 8 with the exit at the south entrance of the festival complex.

The bus network makes getting to the Feria de Madrid easy from all parts of the city.

The main routes to connect to are:

Madrid’s major routes and ringroads: the M11 (Exits 5 and 7), the M40 (Exits 5, 6 and 7) and the A2 (Exit 7) have connecting roads to the complex. Parking areas have direct access to the south, north and east entrances.