You only live twice, so enjoy it 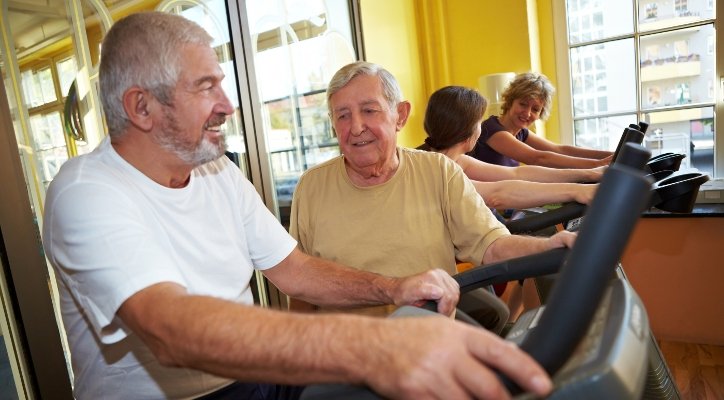 SENIOR CITIZENS: Many are full of the joys of spring.

I RECALL having my arm twisted to accompany a companion to a working men’s social club in my old home city. I knew what to expect and I was still disappointed. Although I was no chicken, I simply didn’t relate to the ‘coffin-dodgers’ I found myself in the company of that evening.

Though my companions would have been in their early or middle 60s, they were in most respects old men. Any zest for life had long departed; their get-up-and-go had got-up-and-went.

The table talk that evening was very much of their past and their invariably mundane working lives. Having not expected much of their lives they weren’t disappointed either.   Much of the chat that evening focused on the past lives of the sadly departed.

“Yes, Marge and I attended his funeral. It was Billy Jones the week before.”

“Ah yes,” someone interrupted. “Billy! How old was he. I hear that Harold is very ill.”

“Never, Horace too I believe. I don’t think he’ll make it, poor devil.”

I shared their age group. Had anyone thought to ask me what my future plans were my eyes would have shone with excited anticipation. Eagerly looking forward to retirement, I would soon burn my bridges, load my car and press the re-start button for my new life in Mediterranean Spain.

I knew exactly what I wanted: With a glass of wine and a beautiful woman close to hand I could scribble away to my heart’s content. Seven years later I am living my dream. Me and my pacemaker, my cardiologist says, are good for another 30 years at least.

Had I that evening asked my companions what they had planned for the future they would have been incredulous. These ‘elderly’ men were resigned to their no longer having a future.   Like old diary pages their future was all used up. That evening I looked balefully at a 1953 faded photograph of Her Maj’ hanging on the smoke-stained social club’s walls. I then looked despairingly at my watch.

Now, as I plan my years ahead, so too do many in my circle of Costa friends. Many are older than me, yet their zest for life would put to shame a teenager.   I recall a gentleman in his 80s calling me to discuss his biography. As we chatted he told me he managed a golfing club and looked after ‘old folks’ gardens. “Maybe you should consider retiring,” I smiled.

Recently when dining out my elderly companions were full of the joys of spring. “Your parents are enjoying themselves,” a fellow diner smiled.

Not many say such things to you when you are picking up your pension. It seems to me that life has little to do with numbers on birth certificates, but more on good health and a positive perspective.