A happy event for Susana Diaz 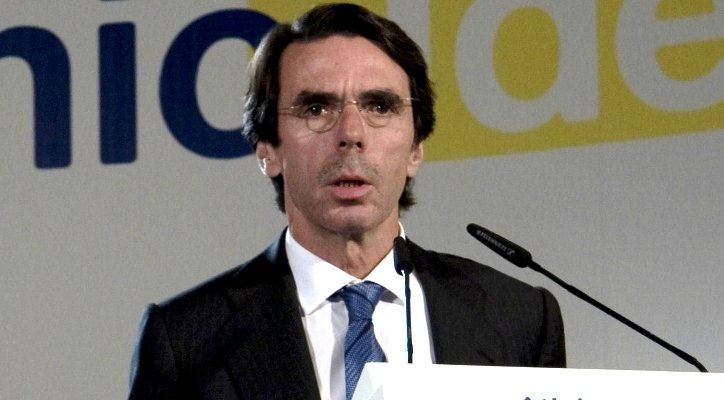 SUSANA DIAZ, president of Andalucia’s regional government and – who knows? – possible aspirant to the presidency of Spain, is pregnant.

The baby is due this summer and the 40-year-old president will not be altering her public agenda. “Nothing will change,” said sources close to Diaz.

Will she follow the example set by Soraya Saenz de Santamaria, Mariano Rajoy’s vice-president and the most powerful woman in Spain?

Saenz de Santamaria gave birth in November 2011 and worked up to the last day of her pregnancy. She appeared in public nine days later, on the night of the PP’s election victory and was back at work almost immediately.

Diaz’s baby is due mid-July, sufficient time to recover from whatever the municipal elections might bring and to prepare for the national ballot.

As for her future political ambitions, Diaz’s domestic arrangements after the baby is born will reveal more than any statements or interviews.

You win some, and you lose some

THE Partido Popular intends to wheel out Jose Maria Aznar, Spain’s president between 1996 and 2004, during its election campaigns.

The idea is to attract and reassure the more conservative PP voters, but once again the party leadership is looking in the wrong direction. The far right has no other option bar the party currently headed by Mariano Rajoy, but the voters he needs to attract can choose from the PSOE, UPyD, Ciudadanos, Ganamos, IU and last but not by any means least, Podemos.

On becoming president, Rajoy was wise enough to distance himself from Aznar. He might be revered by hardcore PP voters but Aznar is a monumental turn-off for the undecided majority. And those are the votes that Rajoy needs to court and convince, not lose.

THE judge Pablo Ruz, investigating or ‘instructing’ the Gurtel corruption case, is due to leave the national high court he has presided over since 2010.

There is nothing sinister about his removal, which is in line with Spain’s legal system. Ironically, his place is likely to be taken by Jose de la Mata Amaya, a high-ranking official in the ministry of Justice during the last socialist government.

Although Ruz expects to have tweaked and tied up any loose Gurtel ends, De la Mata will be taking over other sensitive cases.  Will it be a case of “come back, Ruz, all is forgiven”?

CAMPAIGNING politicians pledge to cut down on their special advisers.

It was one of Rajoy’s election promises, but instead they increased by 18 per cent in 2013 and 151 trusties cost the taxpayer €8.3 million in 2013 with three earning more than Mariano Rajoy. Whatever their expertise, at least we know what makes them so special.