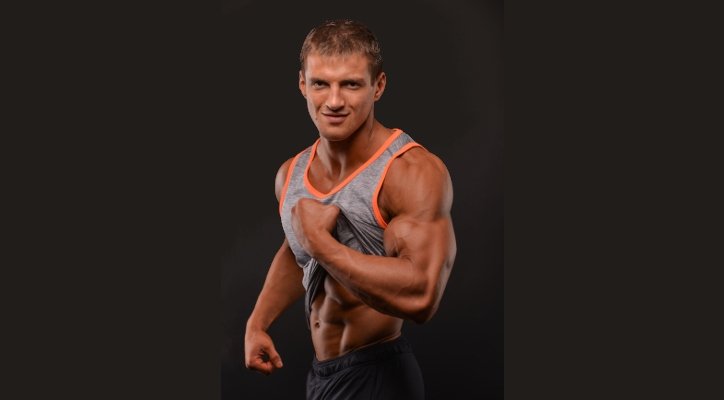 JACK THE STRIPPER: With the build of an athlete and an impressive six pack.

BACK in the early 70s, before novelty birthday gifts like strip-a-grams became all the rage, an acquaintance from the local pub decided that he was going to hire himself out in this manner.

His name was Jack. He had the build of an athlete, complete with an impressive six pack – unlike me who sported more of a Gobi Desert belly (flat and featureless) – and was always an instant hit with the ladies.  Nevertheless, he was a good bloke and was well liked by most of the male patrons.

He outlined his plans to us and asked if anyone had a suggestion of what he should call himself. A lot of weird drink induced handles were suggested and when I came up with my own idea, it was adopted with great enthusiasm.

Thus Jack the Stripper was born.

Personally I was glad to get rid of him on Saturday evenings. At least, I reasoned, there would be a better chance of pulling a mini skirted dolly or two with him not around.

We saw less and less of him as his novel service caught on and he seemed to be travelling further afield entertaining rooms full of drunken women on birthday binges.  Then he vanished completely.

Somebody told us that he had a regular spot in a London strip club, so we resolved to surprise him and travel to the Smoke one weekend to catch his act.

We expected some upper class establishment, but were shocked to find a seedy little uni-sex place in a back street off Soho. Jack the Stripper was the headline act according to the tatty poster outside and as we were shown to our seats, one of the supporting acts was just about to start her routine.

Our jaws dropped open as an aging, very ugly woman limped on to the stage dressed in a man’s suit, complete with ventriloquist’s dummy!

It was the most grotesque thing we had ever seen and long before the old biddy had removed even half of her Burtons three piece, we were yelling for her to strip the dummy.  It would have been more of a turn-on.

This was more than enough for us and we agreed that we had no wish to witness the depths to which our erstwhile pal might have descended; paid the extortionate bar bill and left.

None of us ever saw Jack again, but we subsequently heard that he had inexplicably moved to Switzerland – the land of dodgy bank accounts and cuckoo clocks.

God knows what he was doing, but I had recurring visions of him entertaining a bunch of Swiss hausfraus, covered in melted Toblerone and yodelling to the strains of Edelweiss.