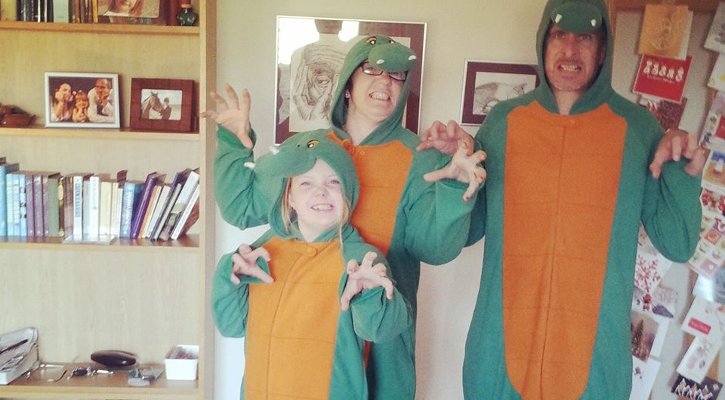 ISN’T it cold in the sunshine paradise that is Mallorca?

Do you remember your first winter on the island? Were you as amazed as I was at how horribly cold it gets here? There were some moments during that first winter when my husband and I kicked ourselves for not doing our homework properly, how could we not have known how damp and downright nasty it can get here.

We barricaded ourselves into the room where our log fire was and took turns cuddling the dog to keep warm. If we hadn’t been given an electric blanket as a Christmas present we wouldn’t have a daughter now, and that is an actual fact.

It wasn’t that we didn’t have heating in our house; it was that it was ineffective, and expensive to run. Now a decade down the line we live in a different house, and we don’t have a dog. The cats aren’t so willing to be long term hot water bottle replacements, and also not as good.

So my husband and I have to run heaters under our desks to keep warm whilst sitting still for hours on end writing witty prose and photoshopping pictures. The Mallorcans used to put a heater under the kitchen table and then tuck the tablecloth around their laps, so we’ve modernised it. Which I suppose is how we managed to get an electricity bill which is 150 per cent more than our normal bill. A whopping €577 for two months. And that doesn’t include the really, really chilly month of January.

When the electric bill hit the mat both my husband and I started acting like our dads, yelling grumpily at each other to “Turn that off, shut that door, don’t forget the LIGHTS!!!!”

Getting such a big bill has not been conducive to a harmonious home. It’s January after all: post-Christmas, no fuzzy happiness, and we’re deep, deep into tax return misery. Any second now the Hacienda is going to ask us for money which we’ve already spent on our electricity bill and the ridiculously expensive autonomos bills. Have you seen that information this week about the comparison between the costs of National Insurance in the UK and here? Six months contributions in Spain are 1,650€ and the same six months in the UK? 78€

Things have got to change: we’ve been watching the events in Greece this week and wondering what will happen to Spain in the upcoming national elections, which we won’t be able to vote in, even though we contribute 20 per cent of our income in taxes. Another thing which has to change.

Time to get happy, so let’s reach for the wine, although no, of course, it’s January so we’ve eschewed alcohol, and chocolate, and bread.

Then there’s that moment when you look at each other and think “What the **** have we done?” Which is when I remembered that we own ‘onesies.’ We bought them for each other in a flash of ironic Christmas shopping excitement in 2013.

So now, when I am at home this is my office outfit, it keeps me warm, it’s saving on the heating, and apart from the tail getting in the way now and again, it’s very comfortable. So if you call me and I answer the phone, I will have to try to keep the amusement out of my voice, can you guess what I’m wearing? Who cares, as long as I’m not freezing.