You have the right to answers 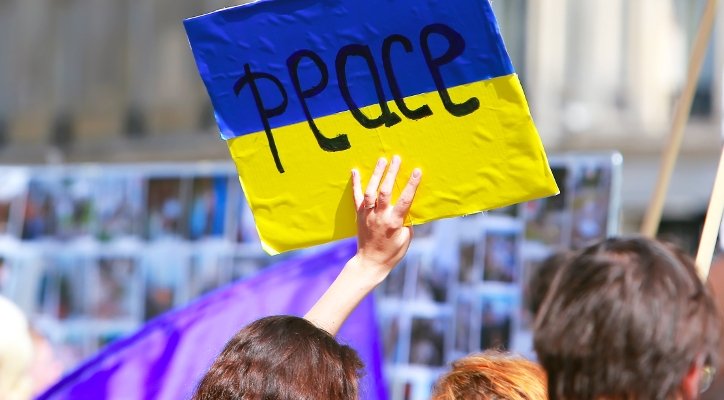 IN Ukraine, a terrifying civil war rages. Devastation is likened to the Battle of Stalingrad as the death tolls nears 5,000.

Europe’s biggest country is disintegrating. Over one million Europeans are displaced, 750,000 live in Russian displacement camps; borders sealed to stop thousands of young people avoiding conscription by escaping to Russia.

EU sanctions and economic sabotage in support of the Kiev regime is said to have plunged the eurozone into recession.

And for what? The Russian invasion of Crimea? Then part of the USSR, Crimea in 1954 was gifted to Ukraine by a tipsy First Secretary Nikita Khrushchev.  Crimeans recently voted overwhelmingly to return to their homeland. We have yet to see credible evidence of a single Russian army boot on Ukrainian soil despite numerous alleged invasions.

Their economies and others sabotaged by Brussels- Washington blockades. Greece may soon give two fingers to EU membership; will Spain and others follow?

The New York Observer: ‘The new Ukraine is run by Sexpots, Warlords, Lunatics and Oligarchs.’  Venerable British journalist, John Pilger: “In the Ukraine the US is dragging us into a war with Russia” – The Guardian, May 13, 2014.

Let us take a closer look at those in key positions of the EU/ US backed Kiev regime. After Washington DC bragged about their ousting elected President Viktor Yanukovych, there is little point in debating whether they did or not. Who has taken the overthrown government’s place?  Get ready to squirm.

Billionaire oligarch Pyotr Poroshenko is President.  Prosecutor General of Ukraine Oleg Makhnitsky, the xenophobic leader of the Bandera Svoboda Party. It uses Nazi regalia and salutes. I don’t know why, as Banderistas spent their war in Nazi concentration camps.

New Secretary of the powerful National Defence and Security Council, Andriy Parubiy, aka ‘The Commandant,’ is leader of the Swastika flaunting Fatherland Party.

His Deputy is Dmytro Yarosh, leader of the Right Sector’s para-military wing. Photographs of him and his armed henchmen wearing army fatigues and IRA type balaclavas circulate.

This obnoxious party holds key government ministries such as Agriculture. The Economy Minister is Lithuanian, the Finance Minister, a US citizen. The Health Minister is Georgian who cannot speak Ukrainian. All parachuted in by Washington DC.

These are the kind of people that Washington DC’s Victoria Nuland, Senator John McCain, and other top US and EU officials embrace.

If you ask what the hell is going on then you have every right to ask. You also have the right to demand answers. If we fail to address this unfolding tragedy, the John Pilger war prophecy could be reality.