Legends and Classics are stars of the auto show 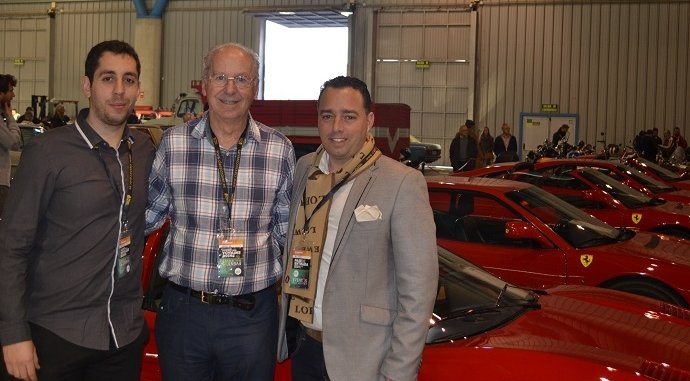 The Auto Legends team with a selection of Ferraris

LOVERS of old and classic cars had a treat this weekend at the Retro Auto and Motor show in Malaga.

And some of the stars of the event were brought by local companies to show off the skill and passion that exists on the Costa del Sol when it comes to looking after and restoring classic cars.

Auto Legends attracted a vast amount of attention, not just for their impressive collecton of Ferraris but also for a stunning 1968 Series 2 Jaguar E type. Barry Gorst from the Nueva Andalucia based company said: “People have been telling us it has been the car of the show for them. There has been a huge amount of interest, it seems to have been coming in waves of people. The E Type drew attention, as did the Ferraris. It’s a shame we couldn’t fit all the ones we have into the hall!”

Another local business pleased with the Retro Malaga show at the Palacio de Ferias and Congressos, was Coast Classics from Estepona, who would argue that their’s was the car of the show. They had a pristine 1969 Ford Mustang Mach 1 on display. So good is the restoration by Andreas Ullstein and his team that it won the 2013 Gold Award from the Mustang Club of America.

“It is super original,” said Andreas. “We have done no modifications whatsoever, just made it like new. It still has the original mechanics’ intitials on the parts where they were first fitted in 1969.”

Also at the show were a Ferrari 250GT Coupe Speciale – only four were made – a Citroen DS 19 Cabrio La Croisette (one of eight built) and a 1934 Lancia Dilambda.

They were just some of the many models on show at the event that has become a magnet for people who want to buy or sell anything to do with classic cars, or just see some of the beautiful vehicles for themselves.

Organisers of the event were confident that by the time the show finished tonight (Sunday February 1 at 8pm) 18,000 people would have been through the doors.