Baños de Encima to Cordoba – a ‘must see’ 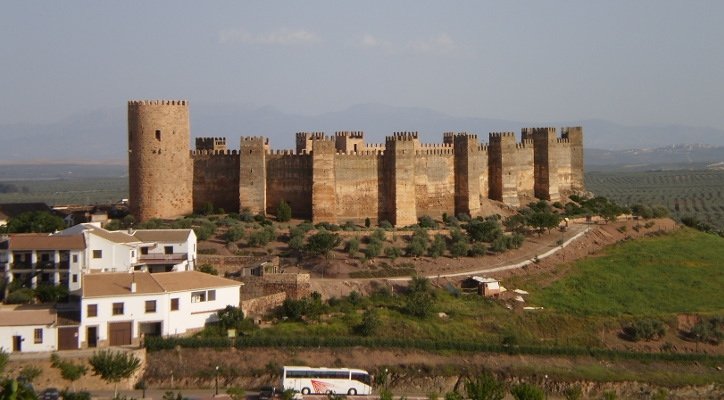 FEBRUARY is a great time to take a short break in the relaxing atmosphere of Andalucia. Our southward bound journey brings us through pleasant tree covered fields to a village which could have been plucked straight out of a fairy story. It is doubtful if you have ever seen a village castle as big and impressive as this one. A lake wanders round one side of the village. All around are olive groves as far as the eye can see. Our hotel sits in a privileged position overlooking this delightful scene and offers a balcony viewing point for the post dinner drink.

In typical Andalucian style our hosts are warm, friendly people. So it is difficult to pull yourself away from the pleasant ambience to turn in for the night, but the next day we are off to one of medieval Spain’s most important towns – Cordoba. Sitting on the banks of the same river, Guadalquivir, which runs through Sevilla, Cordoba has a Roman bridge which stretches across the river to the magnificent Alcazar, which has grounds not dissimilar to the larger better known Generalife gardens in Granada.

Here the Moors pursued their love of water with intricate fountains and effective irrigation channels. Later the Catholic Monarchs Isabel and Ferdinand stayed here. Round the corner from the Alcazar is one of the most important and unique buildings in the world. The Mezquita which is at one and the same time both a mosque and a cathedral, combining the best architectural qualities of both Christian and Muslim faiths.

Completely unique and a ‘must see’ when in Spain. Surrounding all this awesome majesty is the most delightful character of the famous patios of Cordoba.

David’s Coachtrips SL are offering you an incredible value three day journey into this exciting world left behind by both Moors and Christians.

Leaving Torreveija on February 23 selling at the excep-tionally low price of only 135€, half board with wine and water.