Fore! Golfing with the admiral 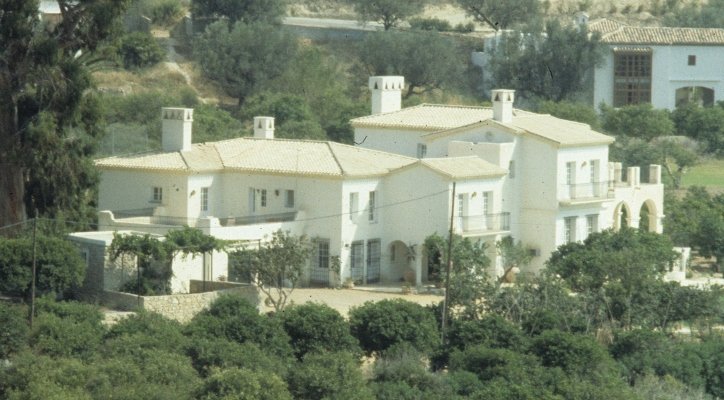 GOLF is a game of strategy. No place more important than the first tee wherein 98 per cent of all matches are decided before the first ball is hit.

Now this bit of observational wisdom once led me to an unusual encounter. I suppose one didn’t have to be a Hollywood detective to figure it out, but one day while lacing up my shoes to practice at Cortijo Grande in walked a tall distinguished man followed by two soldiers, one carrying a machine gun and the other a high powered scoped rifle.

Not your usual golfing caddies. I invited the man being guarded to join me for a round. He introduced himself as ‘Sr Rodriques’ (Iberian code for any male Spaniard not wanting to reveal his true identity).

I didn’t have to fluff any shots to make him look good, my natural game would force quiet and soft spoken caddies to throw my bags in the lake and suggest I take up brain surgery.

We had a chat as we loped about the course which is a pleasure on the eyes and an exacting science to play, even for the best of players. When we finished I invited him and his bodyguards for a drink in a local bar. He reluctantly accepted, the bodyguards gave me long and beady looks trying to see through my intention. We had a couple of beers while the guards kept surveillance of anyone else entering or leaving the bar.

Just before he left he invited me for drinks in an unusual place.

“Be on the beach of Puerta Rey exactly at 6.30.” Expecting something surprisingly unusual I enquired if I could bring my wife and sons. Well, I was on time and so was a small motor launch to escort us aboard the Spanish navy’s flagship, the Lepanto. There we got a tour of the vessel along with a gin and tonic, key chains and even a bottle of brandy.

Wherever we walked the man was saluted and we were acknowledged as persons of importance. My heart fluttered the tiniest as I had never had a single victory concerning my outings at golf. And here I was, at sea with the admiral of the fleet. At 8.30 we were ferried back to shore wherein I strutted into the nearest bar to announce my accomplishment. It fell on deaf ears. Nevertheless, who says you can’t be a bad golfer and not score!

Share your story with us by emailing [email protected]s.com, by calling +34 951 38 61 61 or by messaging our Facebook page www.facebook.com/EuroWeeklyNews