Mallorca’s Got Talent preliminary round 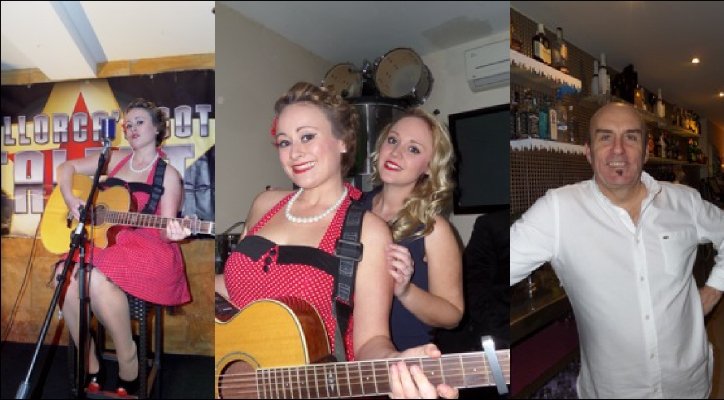 WHAT did you do last Saturday night? Were you at home on the sofa, watching television, maybe you were watching The Voice? Well, you should have been at Aroma El Toro Restaurant, listening to the ‘voices.’

Last Saturday night was the preliminary round of the fantastic Mallorca’s Got Talent competition. After last weeks’ opening night, it would have seemed impossible for the venue to be fuller, but it was!! Once again Aroma El Toro Restaurant surpassed itself, both in hosting the competition, and in the quality of the talent on show.

The house was packed for the first round, hosted again by the very versatile Paul Martin. There were six extremely talented contestants, so talented that it was hard to believe that this was not the actual final! All contestants sang their first song, it was difficult to choose between them, the standard was so high. This season the entries are not restricted to only amateurs, but open to professionals also, so the bar is set high.

Midway through the evening, we were entertained by 12-year- old Alfie, a previous winner, and we are not talking Karaoke, he could belt out some serious tunes.

Several of the island’s seasoned entertainers were present, no doubt checking out any up and coming competition.

The second half commenced with serious anticipation, all six contestants having one more chance to showcase their talents. The audience each had an opportunity to vote for their favourite performer, it was a very close run competition.

Anyone who entered is able to enter in another of the upcoming heats, which gives a fair chance to all, as it was extremely difficult to choose between them.

The eventual winner, for this round, was Rebecca Parry, whose rendition of power ballads won the audience over, but it was very close.

All six contestants were amazing.

So this Saturday be there, and don’t be watching the ‘square’ thing in the corner!!

The competition will be running every Saturday in Aroma El Toro Restaurant, until the final which will now be held at The Stadium in Palma Nova on February 28.

The starting time for all rounds will be 8.00pm, at Aroma Restaurant in El Toro.