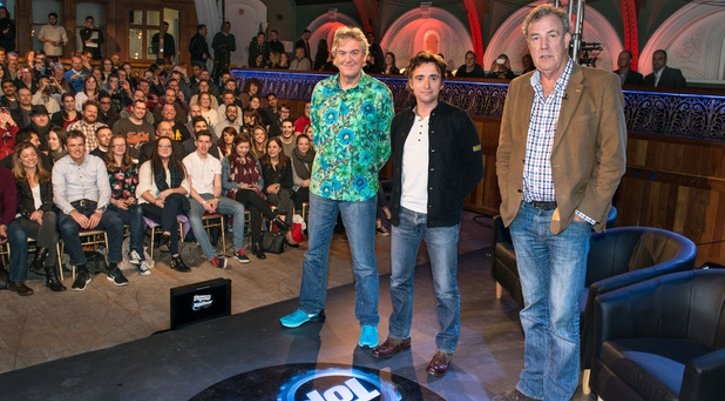 TOP GEAR: Has been at the centre of numerous flashpoints.

VIRGIN Media has asked Ofcom to pause the auction of TV rights for Premier League football.

The telecoms firm has asked for a temporary halt while Ofcom continues its investigation of the auction process, which Virgin claims is in breach of competition law in the UK and EU. Virgin Media’s chief corporate affairs officer Brigitte Trafford said: “The Premier League has pushed ahead with its early sale of TV rights despite Ofcom’s investigation.” With 18 months until those deals begin, there is plenty of time for Ofcom to pause the auction process while it completes its inquiries. Failure to do so will leave fans, who already pay the most to see the least amount of football in Europe, facing yet another big rise in the cost of watching live football on TV.

Virgin claims that Ofcom is empowered to take such measures under the Competition Act 1998 to ‘prevent significant damage to a particular person or category of person,’ suggesting that football fans are the ‘category of person’ in this instance. Virgin Media asked Ofcom in September 2014 to tackle the rising cost of watching televised Premier League football matches in the UK, citing the 1998 legislation. Ofcom opened up its investigation in November. Last month, it emerged that the Premier League had offered a small number of matches to be broadcast live on Friday evenings from 2016.

BBC director-general Tony Hall has defended Top Gear after a string of controversies. Speaking to Radio Times, he said it is “important that the BBC doesn’t have just one voice.”

He explained: “It’s a programme loads of people love and it’s important that the BBC doesn’t have just one voice… and I feel this about Top Gear… it’s a different voice… why wouldn’t the BBC represent it on its output and be pleased to have it there?” Over the last 12 months, the motoring show has been at the centre of numerous flashpoints. The cast and crew were recently forced to abandon filming in Argentina after igniting political tensions over the Falklands. Meanwhile, Jeremy Clarkson was also issued a warning by bosses after he was accused of using racist language.

Ofcom later found him guilty of ‘deliberately’ using a ‘pejorative racial term’ on a separate occasion. Hall continued: “My life and the BBC’s life is not to be constantly out of trouble. In a way, we should be awkward, push boundaries with our journalism, our drama, our current affairs, our comedy, our entertainment… having things to say. It’s really important, that’s what people expect of the BBC.”

If you would like me to answer any questions you may have on satellite TV or to expand on anything I have written about please call me on 678 332 815 or email [email protected] I look forward to your comments and questions.  Don’t forget to listen to my radio show every weekday from 10am on Spectrum 96.1 & 106.8FM, now covering over 2000sq kms of Costa Almeria and Calida or listen online at costaalmeria.spectrumfm.net.