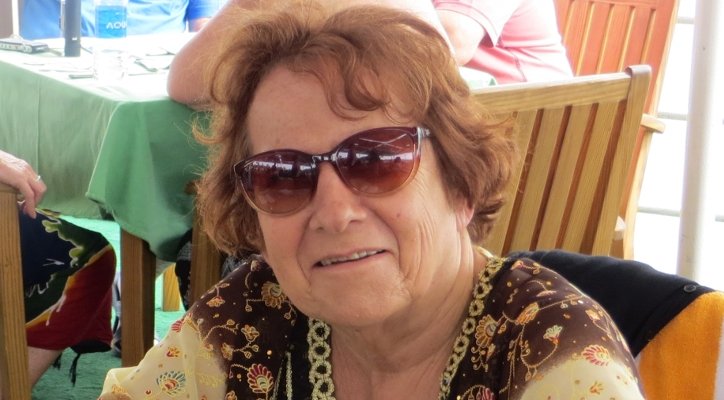 THIRTY years ago in June, Salon Varietes Theatre in Fuengirola opened its doors for the very first time. Throughout the years it has become a meeting hub for both expats and locals alike, and has staged plays, musicals, dramas, revues, comedies and farce to ever-growing audiences, thanks to the hard work and dedication of people determined to make the venue a success.

For the 30th anniversary celebrations, Salon Varietes will – among other celebrations – stage a special musical extravaganza reunion weekend at the Mijas open-air auditorium, featuring excerpts from some of this season’s most popular shows.

Patron of Salon Varietes Theatre – Friends of the Theatre Association (FOTA) – has ensured that the Salon has gone from strength to strength since its opening night on June 14, 1985. FOTA president, Val Williams, recalls the Salon’s heady beginnings and the very first night it threw open its doors to the public:

“Thirty years ago in June, the doors of Salon Varietes opened. The excitement was intense. The theatre was not ready at opening time. Acker Bilk was waiting to open the show, volunteers were still brushing the stage at 9pm, and the audience were drinking in the bar, waiting in anticipation. At around 9.30pm the doors opened. We flocked in and what a night it was for all of us.

In the 80s Spain was very much in vogue and British, Germans and Scandinavians flocked like swallows in flight to the Costa. The sun was shining, life was relaxing away from the stress of work in the UK, bars were packed, everyone was jolly and everything was much, much cheaper. The balloon eventually burst but not in the 80s; it was fun, it was carefree, it was sun, sand and sangria.

However one thing that foreigners missed was culture and friendship. Friends of the Theatre Association (FOTA) was sort of in place but there were only around 50 members, all of whom wanted to act and sing on the stage. There were no social activities and the 50 thespians put on shows in Las Palmeras hotel.

FOTA ran the theatre at the beginning and SALVA was formed at a later stage. The FOTA board members, including Mike Lewin, Annie Spiers and Brian Ford, decided to put on a summer show and recruited a professional actor for the whole summer.

After the euphoria of the first night, the play was put on but there was virtually no audience. It was then realised that no one wanted to sit in a theatre in stifling heat, and no one left the beach until around 9pm. It was a total failure and there was a great deal of worry that this was a non-starter. The rent was high, the income was nil and the outgoings were tremendous.

I moved to the Costa on May 1, 1985 with my teenage children, having sold a large hotel in Anglesey where I worked a 15-hour day on average. Suddenly I had time on my hands and at this stage – with the theatre in the doldrums – my dear friend Howard John asked me to help out.

I doubted my ability but I had won an international marketing award for the marketing of a small business (it had been necessary for me to study marketing ideas since the hotel was way out in the sticks!) I was asked to attend an urgent meeting of the Board.

I walked up the steps to the Chekov Room, aware I knew little about the theatre, had no interest in appearing on the stage and full of trepidation. How could I help to save this little theatre? They all looked at me seriously – not really friendly – and I was nervous. This is how it went:

I replied: ‘I have been invited to your meeting by my friend Howard as he thought I might be able to increase audiences. If we close this show this summer, pay off the professionals and start afresh in September perhaps we could see it through.

’Your association consists only of people who are on the stage. To me it is every bit as important to attract an audience. It is no good any of you acting to an empty theatre. At the moment FOTA offers no incentive at all for people to join.

’As I have time on my hands I am offering to try and increase membership for anyone irrespective of whether they can act or even whether they want to come to all the shows. I will arrange a Menos Mil Lunch Club every month for a get-together, encourage our members to come in for a coffee and a chat, arrange coach trips where if we get a full coach we make a profit, arrange holidays to Morocco and such places.  We will do theme dinners, an autumn and summer ball in Valparaiso, quiz nights, raffles, etc.

’The aim will be not just to get more members but to make a little profit out of all functions, and that will help to keep the doors open. As well as that, the members will be encouraged to come along to any shows they would be interested in attending. In fact, it would be a social club and a fund raising association. I am willing to put in a lot of work and do this all voluntarily to help out, if you are interested.’

I paused. Michael Lewin stood up and said: ‘We don’t want or need you. You want to turn our theatre into a nasty package deal.’

I turned around flabbergasted, walked down the stairs and the tears rolled down my face (not difficult for me). I walked as far as the back of the theatre and Howard came panting up to me and said: ‘I am so, so sorry. We do want you. We need you. Please come back.’

That was the beginning of nine years of hard work, fun, excursions, dinners, friends, trips to Morocco, hilarious times and membership grew to over 500.

The situation was changing in Spain. Everything was becoming more expensive and it became necessary for me to find some sort of paid employment. I invested a lot of money in opening a Burger King on the front with a prominent member of FOTA and two Iraqis. I rented a bar for three months – what a disaster!

I ran Lew Hoad’s tennis club for 18 months. I bought three apartments at Lew Hoad´s and then arranged tennis holidays for groups from the UK. I became a nanny to a little girl with whom I am still very friendly, and life went on. I missed the theatre, but things had changed.

My husband died in 2008 and I was lost. Many of you know the feeling. Two years later I was playing mini-golf with my grandchildren when David Radford phoned me and said: ‘We would like you to come back to the theatre and arrange the social events.’ My reply was: ‘Why did it take you 17 years to decide to ask me back. I will be back tomorrow.’ So here I am and delighted and honoured to be FOTA President, especially in this 30th year.

What an achievement, what hard work from everyone, what a lot of decent people we have in the community who have given over the years their time and commitment to the theatre.

We are continuing to have fun. In the last four years we have been on a Nile cruise, on other sea cruises, a coach load went for a week’s tour of Turkey, a week in Galicia, a week in Burgos, three days in caves in Guadix, three day trips to such places as Jerez, Cordoba, Jaen, Seville, lots of excursions, monthly lunch clubs, lots of get-togethers, fashion shows, theme dinners – you name it, we do it!

If you are not already a member please join for only €10 a year. We have over 420 members, 780 newsletters are sent out regularly, we have a great social life and we also are able to give SALVA – who run the theatre – in the region of €13,000 per year which helps to keep those doors open.

By the way, I saw Michael Lewin in the bar a few weeks ago, and he said: ‘Come here, I want to speak to you. I just want to tell you that you are the best thing that happened to this theatre.’ I was aghast. That is the biggest compliment I could ever wish to receive, but it is not true.

The concert will be the highlight of the year. We hope that many past members who now reside in the UK will come along, as well as everyone on the coast. It is so exciting that our team on the FOTA board are arranging this extravaganza.

We shall also be running a raffle from April until the night of the concert and the proceeds are going to be divided between Cudeca and the Salon. If you have any prizes to donate, they would be gladly received.

Cudeca is such an asset to this area and was started by our friend Joan Hunt. She is one of the best things that happened on this coast, so please buy a raffle ticket. They are constantly in need of financial help and the organisation does such a wonderful job and gives so much comfort to people at sad times.

Thank you everyone for all your support. May the theatre flourish thanks to all of you.”

Val Williams, President of Friends of the Theatre Association.