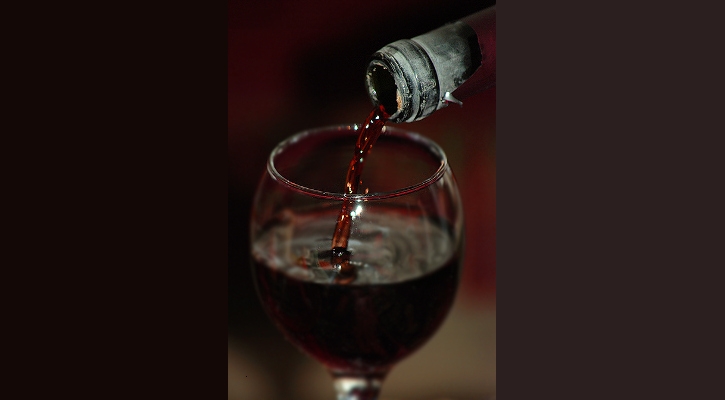 IT’S the news that everyone who enjoys a tipple but wants to lose weight has been waiting for: red wine can be slimming.

Scientists have discovered that a chemical found in grapes slows down the growth of existing fat cells and the formation of new ones. A glass of red wine, or even grape juice, could help overweight people manage their health more efficiently, especially when it comes to metabolic disorders.

According to MailOnline, drinking red wine could improve conditions such as fatty liver disease as researchers have found a chemical in red grapes – ellagic acid – that boosts metabolism. But as with everything, moderation is required as ellagic acid is not a weight-loss miracle cure.

“By boosting the burning of fat, especially in the liver, these plant chemicals may improve liver function in overweight people,” said Professor Neil Shay, biochemist and molecular biologist at the Agricultural Sciences department of Oregon State University. “If we could develop a dietary strategy for reducing the harmful accumulation of fat in the liver, using common foods like grapes, then that would be good news.”

Professor Shay exposed human liver and fat cells grown in a lab to extracts of four natural chemicals found in Muscadine grapes. His team fed mice on a 10 per cent fat food and other mice on a 60 per cent fat variety, exactly the sort of diet that would make humans pile on the excess weight.

Other mice were also fed on a grape extract in the 10-week trial, the equivalent of around one-and-a-half cups of grapes a day for a human.

“Our mice like that high-fat diet and they overconsume it, so they’re a good model for the sedentary person who eats too much snack food and doesn’t get enough exercise,” said Professor Shay. “The high-fat-fed mice developed fatty liver and diabetic symptoms, the same metabolic consequences we see in many overweight, sedentary people. But the chubby mice that got the extracts accumulated less fat in their livers, and they had lower blood sugar than those that consumed the high-fat diet alone.

“Ellagic acid proved to be a powerhouse in this experiment too, lowering the high-fat-fed mice’s blood sugar to nearly the levels of the lean, normally-fed mice.”

So crack open that bottle of plonk and enjoy a tipple without feeling guilty. But remember, don’t overdo it!