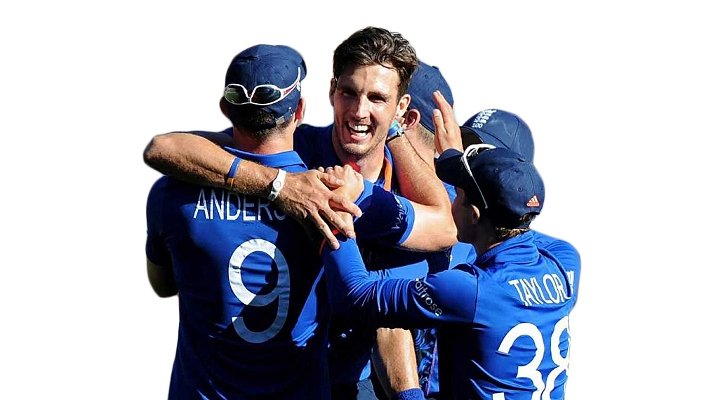 Aaron Finch (dropped on nought) hit 135 for the Aussies but England captain Eoin Morgan failed again, out for another duck, his fourth in five innings.

Ex-player Geoff Boycott said: “England were pathetic and Morgan is not as good as he thinks.” I totally agree.

England’s next two games are against New Zealand tomorrow and Scotland on Sunday.

Elsewhere last weekend, Ipswich (2-1 at Fulham), Norwich (2-0 v Wolves) and Watford (4-3 at   Bolton) all won to close up on Bournemouth and Middlesbrough at the top of the Championship.

Shrewsbury and Burton also won to stay first and second in FL2, Celtic lead the SPL by six points and Hearts and Hibs are one and two in SL1.

There’s already been Champions League action this week with Shaktar Donetsk-Bayern Munich (8-0 winners over Hamburg last Saturday), Schalke-Real Madrid and PSG-Chelsea. This evening (Thursday) in the Europa League, it’s Britain versus Italy with Celtic-Inter Milan and Spurs-Fiorentina, plus Liverpool-Besiktas and Young Boys-Everton.

The next fixtures are on February 28/March 1.

In the Premiership, leaders Northampton (11 wins from 14 games) and Bath (second) are pulling away from the pack while London Welsh are rock  bottom with one point!

The unbeaten trio of St Helens, Leeds Rhinos and Warrington Wolves stand 1-2-3 in the Super League; Salford Red Devils are propping up the table.

• Tim Sherwood is Aston Villa’s new manager, while Chris Ramsey will boss QPR until May.

• West Ham’s Andy Carroll is out for the season with a knee injury.

• England manager Roy Hodsgon will name Spurs’ Harry Kane in his squad for the European qualifier against Lithuania on March 27 and the friendly with Italy soon afterwards.

• Andy Murray lost in straight sets to Frenchman Gilles Simon in the quarter-finals of the APT tournament in Rotterdam, which was won by Stan Wawrinka. And Laura Robson will return to competitive tennis this summer.

• Usain Bolt says he wants to retire on a high – by winning his last race in London in 2017.