Living with a propensity to play with 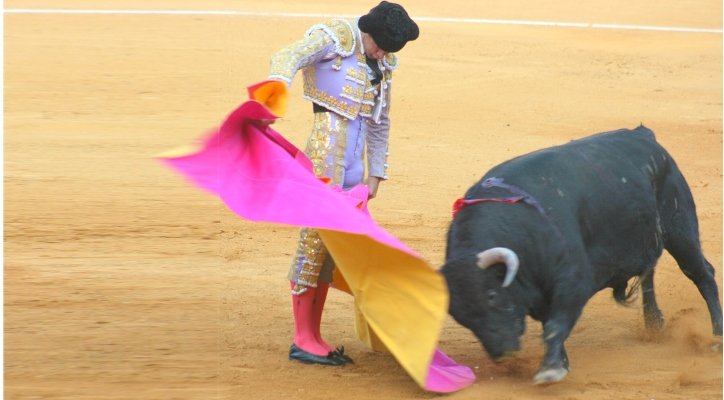 HIS name is Francisco Torres Jerez. He hasn’t become a household name yet. But soon, he’s laying his life on the line to do just that. Can’t ask for more than that now, can we?

Francisco is a matador de toros looking for that one big day which could catapult him to worldwide notoriety and attention.

Unfortunately, so are many others. So, he has had to propose something of gargantuan proportions to make even the most indolent sit up and take notice.

It must be of virtuous dramatic effect and contain an imminence of danger to achieve the full effect. Not an easy task for anyone, for even the most aged and learned of his profession.

The day chosen is Andalucia Day, Saturday, February 28, at exactly five o’clock in the afternoon (as Garcia Lorca made famous in his noted poem about the death of his friend Ignacio Sanchez Mejias).

The place is the Plaza de Toros in Almeria wherein Francisco will face off and sacrifice six toros bravos by himself. He will have back people to aid at times or in case of his own early personal injury. To further complicate the issue he has selected six bulls from six different ranches to demonstrate his artistic valour and dominance.

It will be a long and complicated day for Francisco and those of us that know him well will be sitting on the edges of our seats in jaw-dropping awe and suspense.

A situation that deserves much respect.

The organisers have reduced the price of the tickets to an easily affordable €25 in the ‘sol’ section. I have them for sale if interested. I have already sold and booked 18 seats for members of London’s famed Taurine Club and quite a few writers.

In ‘sol’ you can sit where you want (other than the lower seats numbered). Anywhere else is for your choosing.