Get on your bike and save a bomb 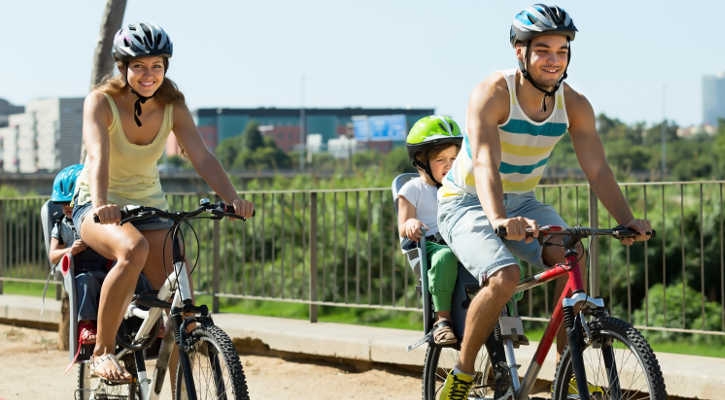 CARS – they most certainly are luxury items and for some, even an extension of their personality.

Typically… driving a Volvo insinuates you’re a responsible and somewhat boring person. A big 4×4 driven on city streets screams “I am the centre of the world, now move out of my way,” while a dainty little vintage car lets the world know you’re hip and trendy and most likely own a lot of Apple products.

So what does it mean to ride a cycle then? What does it say about a person? Well I’ll tell you what – it implies that they’re a smart cookie, because by choosing a bicycle over a car it’s possible to save a heck of a lot of money.

Add up the average costs of owning a car. First there is the purchase price, which can be well into the thousands or tens of thousands, depending on the car. Then there’s petrol, insurance, parking and maintenance. It certainly does all add up! Then in comparison there is the humble bicycle, which will set you back a microscopic fraction of the cost of a car.

I used to drive a car, but for the last five years I have been using a bicycle as my mode of transport. And I love it. My bike cost me €295 and since then I have probably spent an extra €50 on punctures or other bits of minor maintenance. I don’t need to buy petrol, pay for a parking space or fork out for expensive insurance. It really has saved me a fortune.

To go shopping, simply attach a basket onto the back of your bike to carry the groceries. To transport a small child, it’s the same thing, but rather than a basket, attach a child’s seat. While older kids can have their own bike and cycle alongside you!

In the south of Spain the weather is fantastic most of the year and riding a bike is really fun and it’s also great exercise. It can be faster getting around the city on a bicycle too, with bikes being able to cut through places where cars just can’t go.

For anyone struggling to pay bills or save money, I highly recommend ditching four wheels for two. It’ll save you a fortune and you’ll be surprised by just how much nicer it is to cycle rather than pollute your way around the town.