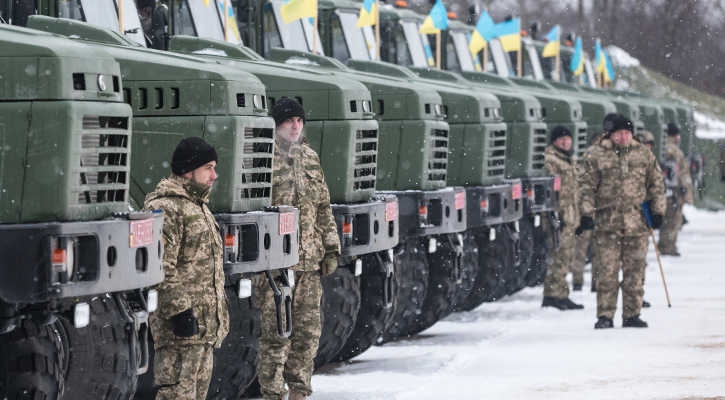 WESTERN Europeans are waking up to the fact that they have been betrayed by a Brussels elite whose allegiance is to Washington DC.

Equally gut-wrenching, their sabotage of the European Union’s economy and security has played out to Russia’s advantage.

Since 1945, US foreign policy has lurched from one débâcle to another. An independent think tank estimates that American imperialism has led to the deaths of an estimated 20 to 30 million people.

A Greek government minister was recently quoted as saying: “The EU and US pose a far greater threat to Europe than the Soviet Union ever did.” Leading Serbian king-maker Vojislav Selelj said: “Serbia will never join the EU as it is due for collapse anyway.”

The mindset that claims US alliance adds to European security and prosperity doesn’t hold water. During the American inspired sanctions, which brings immense hardship to Europeans, trade between America and Russia has increased significantly.

Washington DC did admit to investing $7 billion (€6.14 billion) in Europe; these were the costs incurred in their overthrow of Ukraine’s legitimate government. I have family and friends through-out Ukraine. I cannot begin to tell you how they suffer as a direct consequence of US policy.

The US had no interest in Ukraine other than its own corporate and destabilising geopolitical anti-Russian ambitions. It is ruinous for Ukraine, but tomorrow we could all share the same fate if America gets its dollar-saving war with Russia.

Thanks to US policy and Brussels collaboration, Ukraine, Europe’s largest country, has been completely destroyed economically and militarily. Abandoned by the EU and US, neither of which can afford to rescue it, all Ukraine’s essential trade ties with neighbouring Russian are severed.

The fighting in East Ukraine, which German intelligence reveals has cost the lives of 50,000 Ukrainians, has worked to Russia’s advantage. Russian President Vladimir Putin, a far smarter statesman than Obama could ever aspire to be, again betters his Western critics.

Scratching around for evidence of Russian invasion, Western mainstream media repeatedly make fools of themselves. They’ll get used to it. Mainstream media, the government’s bullhorn, is forced to use fraudulent photographs to falsely allege a Russian presence in Ukraine.

It was never in Russia’s interests to physically intervene in Ukraine. To leave the self-proclaimed independent republics to their own devices was actually to the advantage of Russia.

Today, Kiev’s skinhead regime, backed by Washington DC and Brussels, has yet another big problem. Ukraine’s disputed Novorussia, whose five million population is largely Ukrainian-Russian, is de facto independent, a humiliation and thorn in the side of Kiev and, like Crimea, irrecoverable.

Kiev cannot survive whilst at war with an antagonistic rebellious Novorussia that it has lost anyway. Neither can Kiev survive without this most productive and prosperous Ukrainian region.

Keep this article; I have just written tomorrow’s obituary on Western Europe.