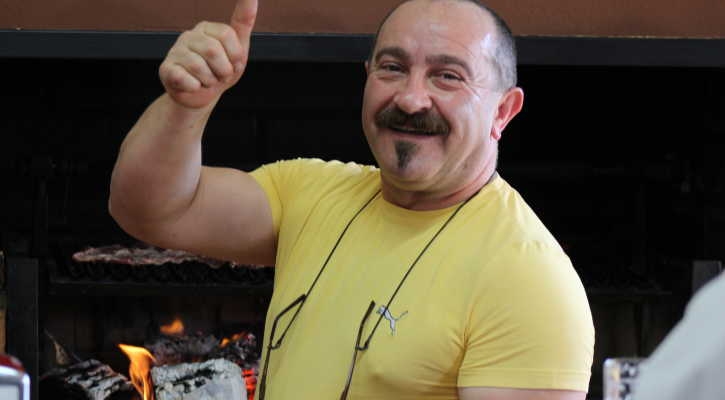 AFTER we had come here to Spain in ’69 and survived, a very innermost craving grew in both of us. We needed beef, the real stuff, and there was no place on the beach that served it. Finally, I started asking around: “Where could we get a decent steak, the kind they have in the Mid-West?”

The peasants didn’t know but some of the owners of the boats in Garrucha harbour knew; they directed me to the bus station in Vera as being the only place within 500 kilometres that served authentic beef.

I went and they did – kinda. It wasn’t aged in anyway, but was chewable and had some flavour of beef which made us happy. As neither of us had seen any cattle we knew it had to be trucked in from afar.

Now, let’s jump forward some 47 years. One afternoon I get a phone call from my brother who has just arrived from Kosovo. “Where are we to pick him up?” Well, we didn’t know he was coming and being a good distance from him we told him to grab a bite to eat in the bus station and we’d be there within a couple of hours.

Naturally when we arrived we expected him to be fuming but he wasn’t. Sitting calmly and satiated, he announced that “he just had the best steak he’d eaten in Spain for the last 20 years.” I glanced over at the small premises and growled to myself – a bus station. Then my mind started cranking and grinding through the cobwebs of long-forgotten meals. I conceptualised, steak, bus station. Is it possible that the world’s spin had returned?

A month later, returning him to take another bus, he insisted on inviting us for a meal in this newly-discovered Steak Place – at the bus station. What a meal! Delectable from the tapas right through the main course of some good old buey, apparently from Holland. The owners Pedro and Anna run a really good place. The ongoing theatre supports the novelty of the place. Hardened individuals that stagger in from time to time argue with their wives and then bolt back to their buses. Meanwhile, you are being treated to a choice of cuts of meat not heard of in our area – ever! Furthermore, the garnishes are good, too, but especially the incredible variety of cuts you have to choose from. The wine selection is not exceptional but very good also. And most important, the prices are very fair and understanding.

You’ll owe me one for this suggestion. Last Saturday I took a famous Spanish writer there. He had been used to being wined and dined and entered with a little trepidation. He left charmed, shocked and full of praise for this special, unique place, tucked away in the shade of the bus station in Vera. You won’t regret it.