Sub-human psycho is getting the bleeding hearts treatment 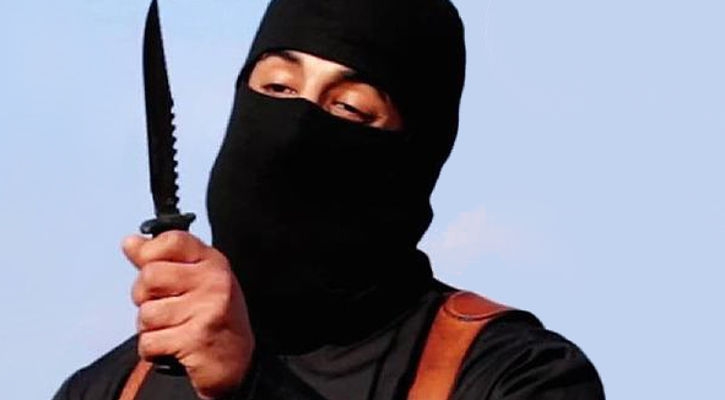 I REALLY was going to give my monotonous, seemingly never-ending diatribe on Islamic events a bit of a miss this week; and then they unmasked ‘Jihadi John.’

So here we go again. In the first place, I have never particularly favoured this title; it almost makes him sound like some charismatic war hero, instead of the sub-human psychopath he actually is.

But just a minute, it wasn’t his fault, was it? Surprise, surprise. The woodwork oozed open and out they all crawled. With total predictability the BBC immediately gave air-time (a lot of it!) to bitter and twisted fanatics, who insisted this cold-blooded murderer was actually a beautiful, gentle and humble young man, who would never hurt anyone.

They then continue to insult our intelligence even more, by stating he had only looked towards IS because he’d been made to feel like an ‘outsider’ in his ‘home country’ (a country that had in fact given him one of the finest starts in life any young person could possibly ask for). You really couldn’t make it up. Even as I write, Sky News is appearing to evoke excuses and sympathy for this individual by reporting that he was ‘hounded by MI6,’ felt like ‘a dead man walking’ (he is now!) and had considered killing himself.

Well it certainly appears he needed some form of psychiatric help, but to imply that these symptoms led to him hacking off innocent victims’ heads on film and declaring his ‘right’ to do so, really does defy all the bounds of any rational intelligence.

To tell the truth, the idea of anyone showing any sympathy whatsoever for this utter sleaze-ball, fills me with horror and a complete sense of despair at being a member of the same human race.

If we don’t toughen up and stop denying the existence of the ever-increasing amount of pure evil and hatred in our midst, these fanatics will one day find themselves sitting cross-legged on the carpets of Westminster, issuing out the rulings of Sharia, sending out legions of men with sledge-hammers and drills to our precious museums and chopping off heads in Trafalgar Square.

What these misled, liberal do-gooders are leading us into is physical confrontation. When people despair of the attitude of our media and politicians there is nowhere else to turn.

Don’t be fooled by the 20 per cent of Muslims who think that Islam will never integrate with the cultures of the West – that’s half-a-million British inhabitants who want us to adopt their culture! This poll also assumes that the remaining 80 per cent actually told the truth. Somehow I doubt it.

When the proverbial finely hits the fan, don’t expect the remaining 80 per cent to take to the streets proclaiming their loyalty to the culture of the West. It didn’t happen when the Nazis took over Germany and it ain’t gonna happen here.