The scales of justice are flipped on me! 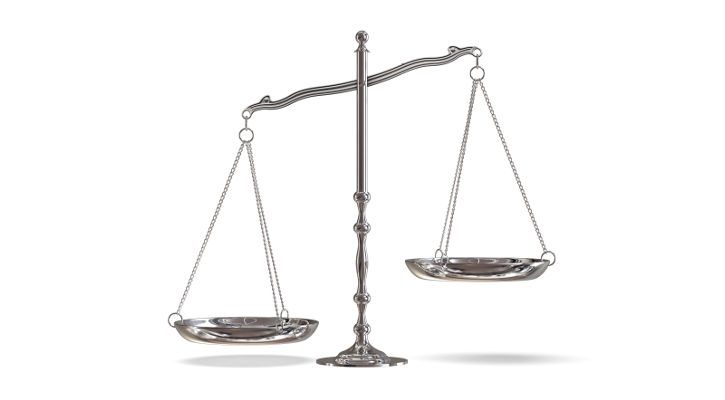 NOT GUILTY: In Spain no such truth exists, no one would ever be found guilty.

LAST week I told you about how a house painter took my new car to buy more paint and disappeared. He never returned that evening so in outrage I went directly to the Guardia Civil to announce the crime and plead for justice.

I was going to have my pound of flesh knowing well in advance the client was going to roast me alive slowly. No, I was gonna get the culprit at least hung, if not worse. I insisted the papers that needed filling out were for Car Theft – nothing less.

They took an hour to fill out, writing down the vivid details and my embellished adornments. When we had finished the sergeant pushed his chair back from the desk took a hefty long deep breath and started to pontificate. “Plankey,” the wizened man pronounced, “this painter is from our village, he hasn’t the money to pay you for the car, if he did take it as you say.

“Furthermore putting him in jail will incur the fury and reprisal of the wife, her family and her distant cousins. Their dire predicament is the cause of your denouncement and the custom is for them to encamp at the front door of your house, announce to everyone within shouting distance the cruelty you have poured upon them.

“After all, you did give him the keys. They will plead for shelter, food, and become more than just a general nuisance… you will be deemed responsible in the entirety for their plight. As the children become hungry or catch cold for the circumstances you have thrust upon them reprisals will be taken, day or night. Against you or any of your family they will all be deemed justified and warranted.”

His mouth snapped shut. My brain exploded. The balloon of my anger had been pricked and whooshed away. Gone.

As my eyes glazed over and my breathing became faint, my head started spinning uncontrollably and I instinctively fell back into the bench. All the laws and understanding of how justice should be – flashed away while sitting on a hard wooden bench in a place called Turre. “Your only chance,” whispered my newly acquired mentor, “is to drop the issue until we can find the car.

“Then, once knowledgeable of all the circumstances we will know what type of report to file. If it was stolen you can prosecute the painter, but what good is that if he has no money and you are going to set loose all his relatives upon you? Furthermore, if stolen, the insurance company doesn’t have to pay.”

Hell, where I grew up they still hung horse thieves. But apparently in Spain no such truths exist, especially of the universal kind, wherein without considering situational circumstances. It seemed to me no one would have ever been guilty over here for anything. A truth I didn’t really want to learn.