Back to the 80s Party at Joys Live! 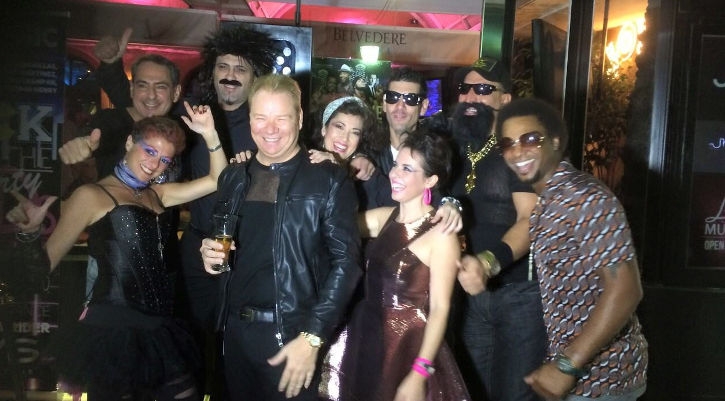 IT’S been some year! A year of great music, memorable nights, and wonderful artists at Joys Live Bar & Nightclub in Puerto Banús. In celebration, the next two weeks sees a ‘Double Bubble’ of festive events! Join them for their ‘Good Times´ Back to the 80s Party on Thursday March 19, then again on April 2 for their First Year Anniversary Extravaganza.

Join the first anniversary celebrations with Paul Maxwel, ‘The Piano Man’ and Joys’ top artists, as well as special guest appearances and surprises.

But first! The 80s are back. So don’t take a Buffalo Stance, Wake Me up before you Go-Go, to leave Our House. Then take theLittle Red Corvette and Pump Up the Volume. Bring your 99 Red Balloons to where The Streets Have No Name, because the Hazy Shade of Winter has gone and it’s time to Get on the Dance Floor and Beat It. You’ll be Walking on Sunshine with that Sweet Child O’ Mine, because I Love Rock ’N’ Roll, until it’s time to say goodnight, Vienna.

The legendary Old Joy’s piano bar has been providing live entertainment since 1977, and over 30 years of musical nights of fun and joy in the Port of Banús. This year, Ram has joined forces with the well-known Paul Maxwel, The Piano Man, who has historically been in friendly competition with the legendary Old Joy’s. Paul and Ram were talking of the old days in Banús and how it has changed, when they decided to embark on this ultimate challenge and revive the unique venue.

Paul, having been away from Puerto Banús for five years but staying in touch with his loyal clientele all the time, decided to return to his fans as they kept expressing how much they missed the marvellous Piano Man. He is back! And ready to rock Puerto Banús.

Together with Ram, they decided to bring back the good old days, launching ‘Joys Live,’ the ultimate experience in live music, and in doing so, guaranteeing the best in live entertainment.

With a brand new decor and a privileged position in the town, Paul Maxwel and the most talented artists on the coast, as well as occasional gifted guests from across Europe, will be there to ensure your nights at ‘Joys Live’ are the best of your life.