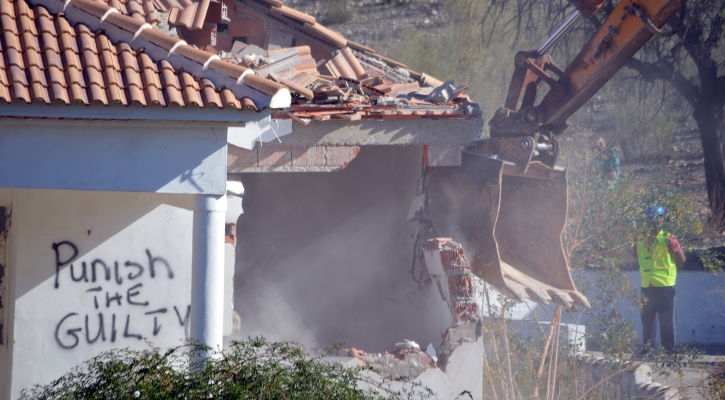 THERE is a ray of hope for illegal property owners following a decision reached in the Spanish Senate.

Parliamentary groups agreed to an amendment of the reform of the Penal Code to allow judges to delay demolition of illegal homes bought in good faith until compensation is guaranteed for the owners.

The amendment was presented by the PSOE socialist party, which collaborated with the Abusos Urbanisticos Almanzora No (AUAN) group.

Although expatriates affected by the problem had been losing faith due to the apparent lack of support for their cause, the amendment is good news, although it remains to be seen how judges will interpret it.

Some sections of the press are suggesting a banner-waving celebration worthy of a full scale party, but it is not quite as big a move as it first seems. Historically, although property owners were sometimes awarded compensation by the courts, their properties could still be demolished before they received a cent, leaving people like the Priors seeing their life savings wiped out.

Under the terms of the amendment, owners must now be guaranteed compensation before demolition. However, this does not mean the house is suddenly legal, which still leaves the issue of properties that can’t be connected to the utilities or gain the correct paperwork.

Simon Manley, British Ambassador to Spain, saw the move as an encouraging development. He said: “This is moving the legal system closer to providing fair and lasting solutions for British property owners who find themselves facing the threat of demolition.”

Maura Hillen, President of AUAN, responded cautiously. Whilst praising the vote, she pointed out that there was still a lot of work to be done and warned owners not to relax just yet. AUAN has vowed to continue the fight.

The organisation wants an amnesty to legalise properties bought in good faith. AUAN is also backing a British couple, who wish to remain anonymous, who are taking their case to the European Court of Human Rights. The couple own a property in Albox, which they bought in good faith in 2001.