Breakfasting well from the garden 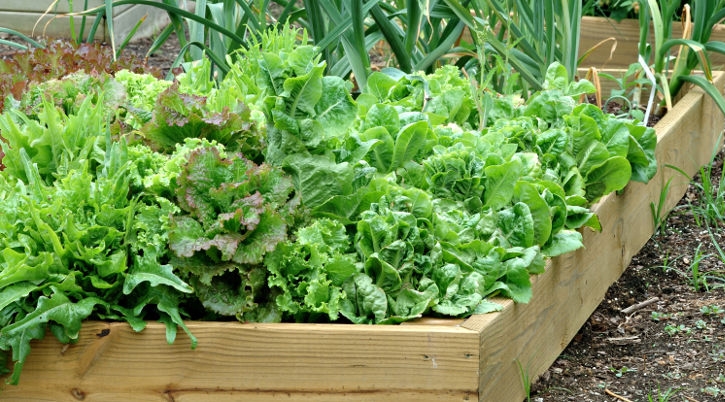 FOR most Spaniards and many expatriates breakfast is an important meal designed to set one up for the day and especially for Spaniards as a daily social and trading occasion.

Wander into a Spanish bar between 9.30am and 11am and you will find that breakfast menus vary widely in the ingredients of plate assortments and bocadillo (long/French loaf sandwich) fillings, but the tables are normally set with mixed salads and portions of healthy peanuts, olives and sliced onions.

Popular beverages are a beer or glass of wine, often summer wine diluted with lemonade, even during the winter months with a coffee or mint infusion at the end of the feast.

The salads often contain more ingredients than a non-Spanish restaurant but not as many as from a garden, even from a mini allotment grown in a group of builders’ buckets. I have just enjoyed a home breakfast which I do five days a week; on the other days I breakfast with Spanish friends to keep up my Spanish language practice to understand what is happening in the village and local town and on Saturdays socialise after an early two to four-hour walk.

With the Spaniards I join them with a bocadillo but at home I rarely eat bread at breakfast, preferring an omelette made with fresh eggs from the hens in the garden and an assortment of healthy fillings plus a tasty salad and flavoursome and perfumed infusion.

During the past week omelette fillings have been home-grown onions and garlic, chicory and dandelion leaves cooked with pine kernels and raisins, Swiss chard and rocket, broccoli, which is now abundant in the garden, wild asparagus growing in a corner of the garden and on local overgrown terraces and oyster mushrooms growing in a sack in the garage.

All ingredients with health benefits and the salads added even more.

Growing salad leaves is easy except in July and August when they need to be nursed and sheltered from the sun. Today my just-harvested salad included:

Many of the ingredients were harvested from my experimental builders’ bucket salad bar garden. This has never needed to be sprayed against any insect in four years as it is a diverse mass of herbage and not a mono crop field.

This diversity also improves, plant by plant, the health benefits of the salads.

Also of course since the leaves were eaten within half an hour of harvesting they did not need to be treated to improve their keeping properties in transport, in storage warehouses, on supermarket shelves and in home fridges.

For liquid input I juiced three ripe late Valencia oranges plucked from the orange tree next to the chicken run when I collected the two eggs and made a healthy infusion.

Today’s infusion used olive leaves and a rose-hip for longevity, mint as an awakener, dried marigold petals as good for the skin and as it is now possible to sunbathe at midday on most days, a dried ginkgo balboa leaf for the brain, two lemon verbena leaves which are refreshing and calming, a hawthorn leaf to avoid blood pressure, a pinch of dried stevia leaves as a natural sweetener, and finally rosemary for energy as I am going gardening once this article is finished and emailed.

Yes, it would be too much for a small teacup so I use a half-litre mug.

For the past 20 years such breakfasts have been part of my Mediteranan Diet health regime used instead of chemo and radio therapy to prevent a recurrence of cancer. It’s why I still have a head of hair to protect me from the sun.

More about my health-oriented gardening can be found in the book ‘Living well from our garden – Mediterranean style’ available from Amazon Books or at the end of talks.

Happy breakfasting from your gardens!