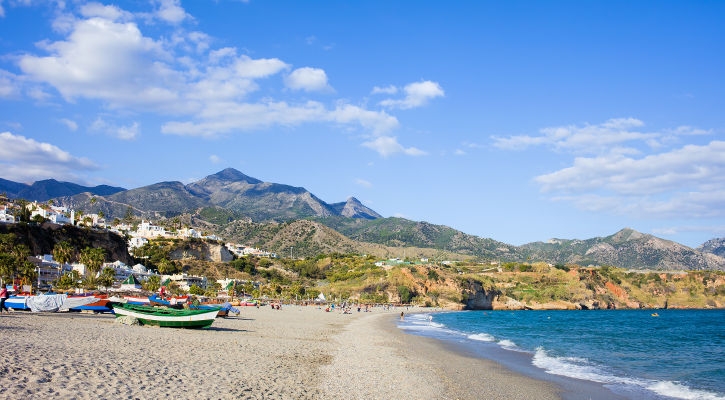 WITH the tourist season about to sweep across the beaches of Nerja, who’s sweeping Nerja’s beaches?

When the local council was awarded €135,000 by Malaga Province last November to renovate the beaches of Nerja, people thought they might see a bright, new seafront in 2015. However locals say it would appear that very little, if anything, has been done.

Ken Dobell, a grandfather who lives in Nerja, tells us that he believes the children’s play park area on Burriana beach, just beside Ayo’s, poses a serious health and safety risk, and is simply unusable. Residents with small children are very upset that the area their children love to play on every day is, they say, a dangerous disgrace that appears to have been totally neglected by the council’s cleaning department.

Ken and Sue Dobell, whose granddaughter plays in the park on a regular basis, say they have to clean the park each time she and her friends wish to use it. He told us: “There appears to be no upkeep or monitoring of the area.

“It’s never raked or cleaned, consequently many undesirable items accumulate like animal excrement, cigarette butts, broken bottles and litter, which cover the ground. All that would be needed is a small fence around it, and raking once in a while.”

The Euro Weekly News tried on several occasions to ask different departments within the council if they would like to comment on the problem, but nobody was available.

Mr and Mrs Dobell have asked the council if they intend to use a little from the €135,000 renovation fund and maybe put in a little swing or two, or upgrade the equipment in some way. While they, and the patrons of the play park, wait for a response, the mayor of Nerja, José Alberto Armjo, has just announced that Malaga Provincial Council and the Ministry of Environment will be investing more than €1 million for improvements in Nerja, specifically in the area around El Playazo beach.